Traditional Japanese tattoos and their artists may well be revered in many other parts of the world, but that’s generally not the case in Japan itself — the association with organised crime turning many against them. Yet at the same time, no distinction at all is made between such obvious forms of body art, and the modern, far more fashion-based variations that are so prevalent in other regions. The likes of spas, sports clubs and swimming pools still operate blanket bans, and Osaka’s right-wing governor, Toru Hashimoto, even tried to have public employees with tattoos removed. And if not the person, then at least their tattoo.

However, while institutions and a large chunk of the population remain stuck in the past, attitudes among younger Japanese are gradually changing. Over the last few years in particular, more and more tattoos have become visible — sported by both male and female alike. The vast majority of whom aren’t in any way shy of showing them off. 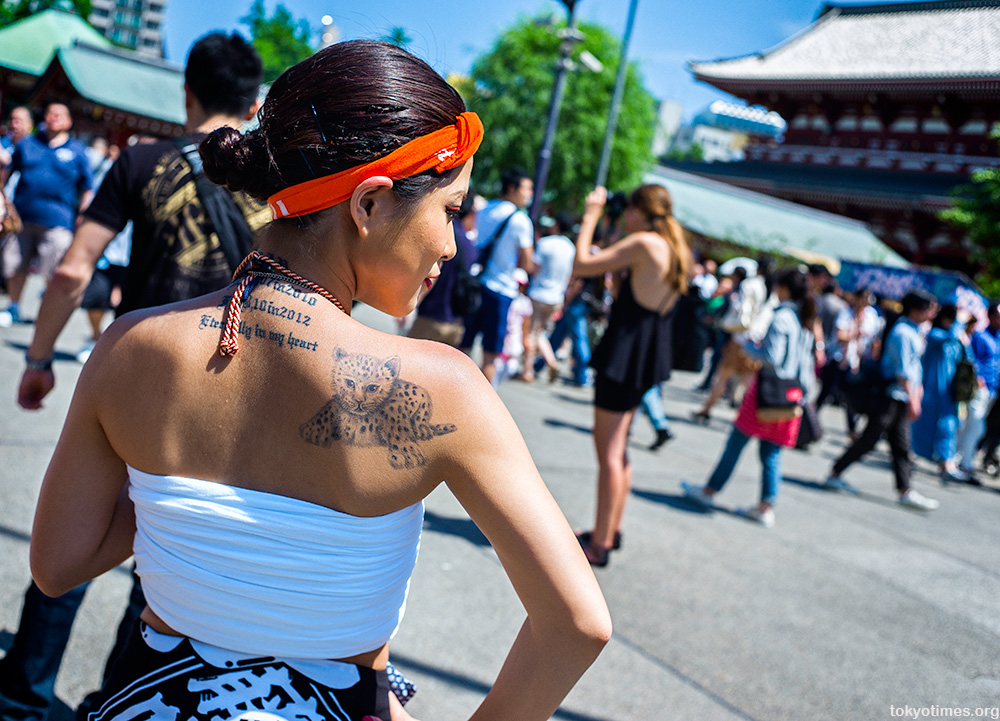