Toymaker Bandai has set the world of men in their 30s and 40s alight with news of the imminent release of a Kamen Rider belt, the fashion item practically identical to the one sported by the 1970s superhero; a device that whilst not only easy on the eyes, also doubles as a transforming mechanism — changing our man into an all-conquering defender of justice. 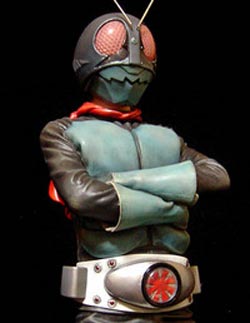 Hoping to cash in on a nostalgia boom of sorts, Bandai is shamelessly targeting men who were children when the programme first aired, a price tag of a whopping 31,500 yen (150 pound) amply proving this. 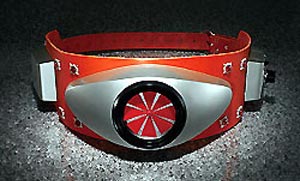 Yet whilst seemingly a bit on the pricey side, the belt does have a windmill-like contraption built into the front, which when pushed whizzes around quite quickly. And as if this wasn’t enough, it also changes colour too, dazzling onlookers with its red, blue and white lights. Or at least pale blue and orange anyway.

Bandai initially plans to produce around 10,000 of the belts, with hopes for more should sales warrant it. Plus with the product accommodating those from a relatively svelte waist of 85 cm, to a gut-busting-and-geek-accommodating 110 cm, sales are expected to be swift. 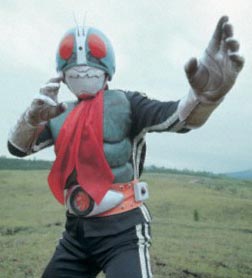