Nikko is a well known, and equally well-loved tourist spot; visited throughout the year for, amongst other things, its famous shrines and fantastically coloured autumn foliage.

In the past, however, the region’s Kinugawa Onsen (hot spring) resort was also very popular, presumably partly due to its location, but much more so because of the strong alkaline content of its spring water. The latter apparently being very good for those suffering from rheumatism and other such ailments.

A fact borne out by the enormous number, and indeed size, of the hotels that look onto the river. Plus not so scenically, across to each other. 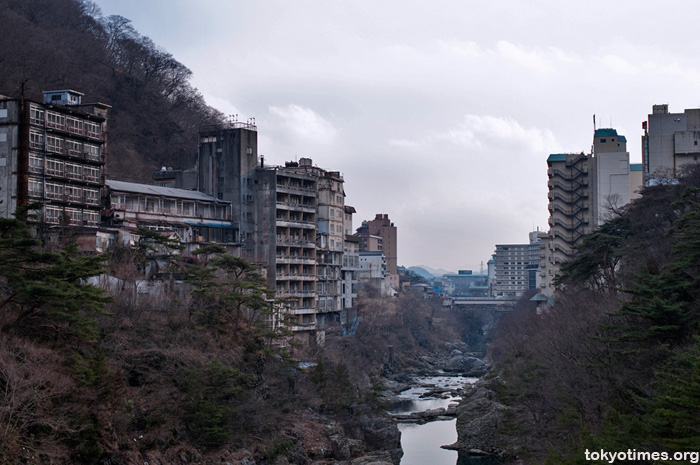 At its peak in the early 90s, Kinugawa attracted over 3 million visitors a year. This huge number inspiring the construction of more and more mammoth hotels — practically resorts within themselves — which rapidly destroyed the spa town’s character and atmosphere. This ‘progress’, along with a shift in tourist patterns and the collapse of a local bank, created a perfect storm of sorts, setting the area on a course of rapid decline. A shift that has seen visitor numbers drop enormously, resulting in the closure of countless businesses. And perhaps none of them represent this downfall better than the sprawling and horribly ugly Kinugawa Kan Hotel and its Kappa Onsen. 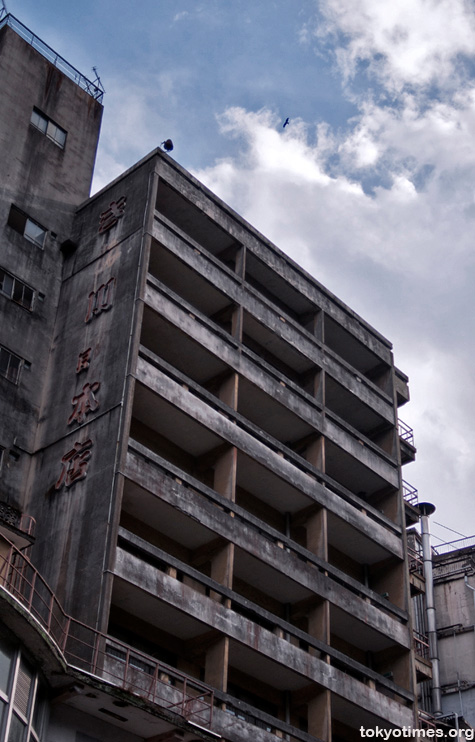 Due to the aforementioned problems, the Kinugawa Kan closed its doors in June 1999, and since then it has been left to slowly deteriorate and become an ever-increasing eyesore. So it’s at least 12 years since this telephone was used. Although considering how dated and dingy the place must have been even when it was still open, it could well be even longer. 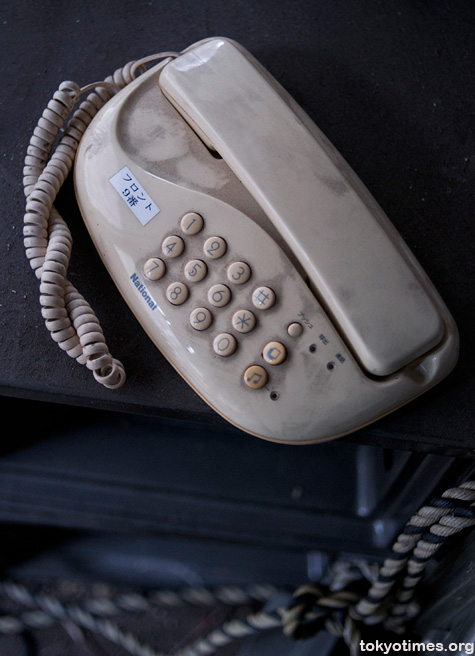 The same of which could be said about these keys. 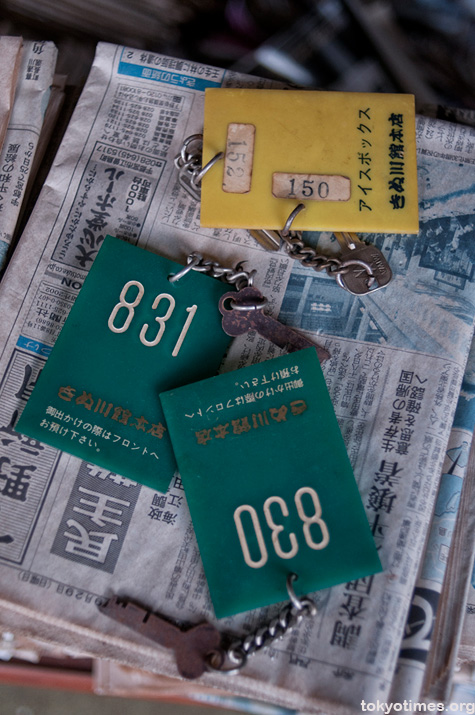 But there were the odd signs of business. Like this order of coffee and tomato juice on March 19th 1996. 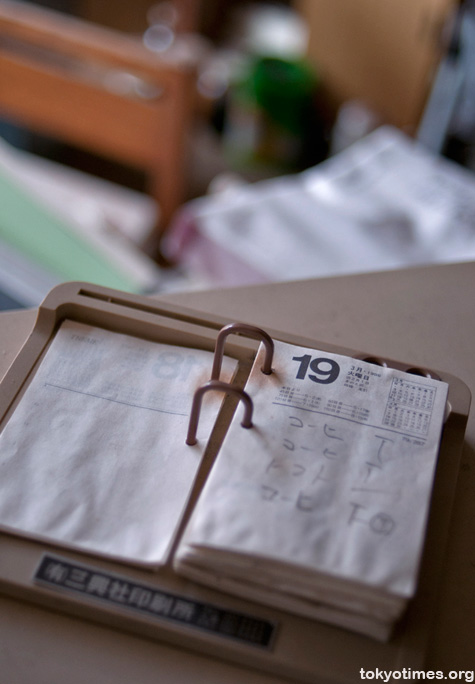 Plus a decidedly sad looking sign for an elementary school reunion. An event that one can only hope was livelier than its surroundings. 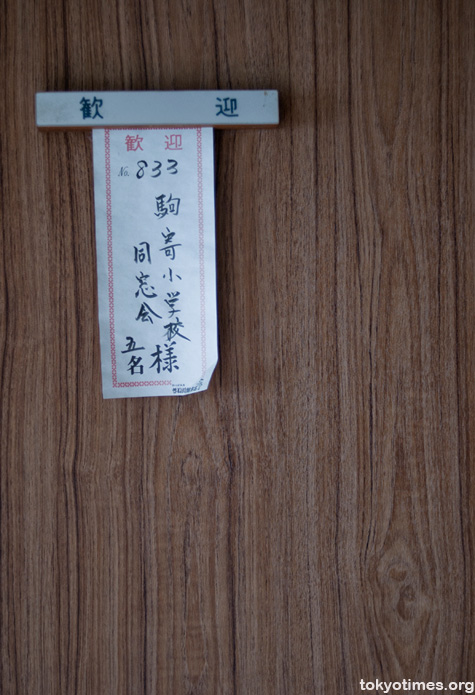 Elsewhere, however, it was just silent reminders of slightly happier times. When there was music. 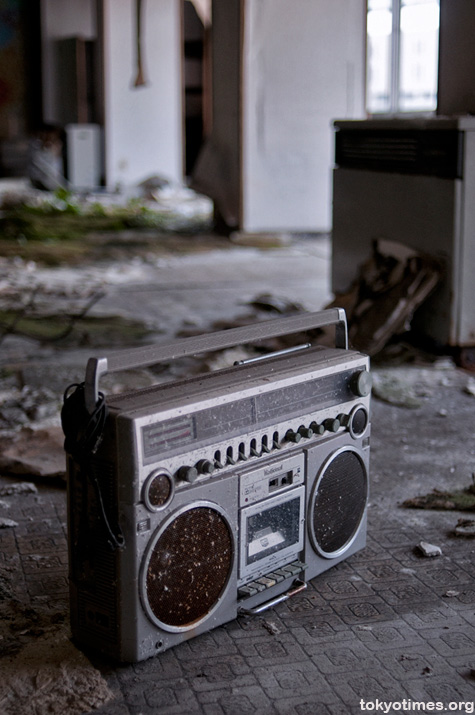 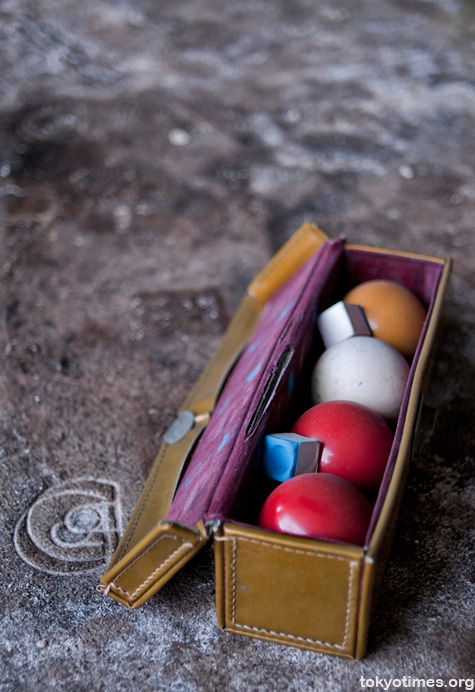 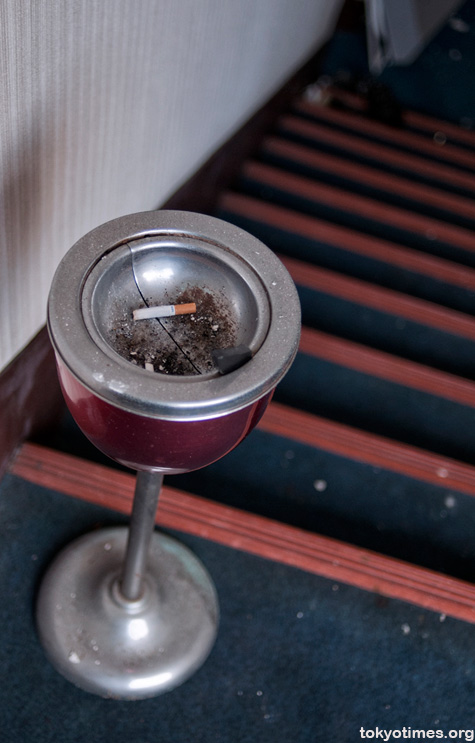 And for those in need of even more fun, along with karaoke and the like, ‘companions’ could also be hired. 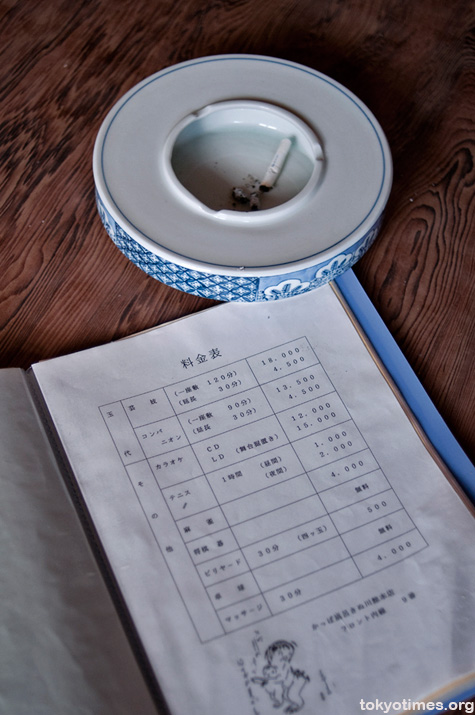 A photograph of these hired helpers suggesting that they came from a variety of professions, to possibly engage in the oldest profession. 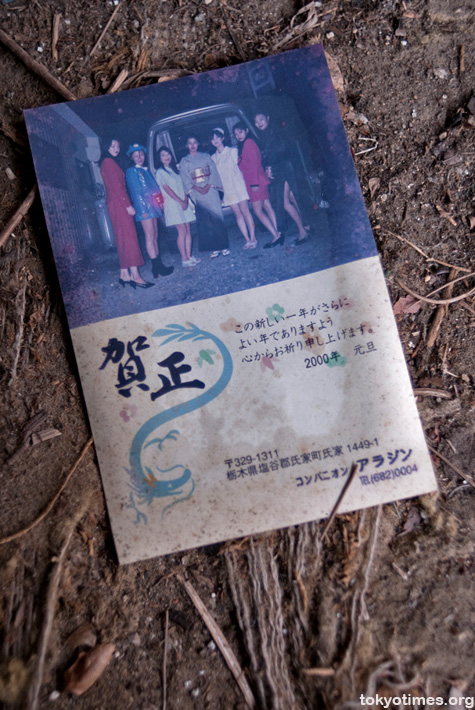 None of whom will be returning to these rooms again, where the only guest these days is mother nature. The climate creating a carpet that is far more colourful and plush than the one it is slowly replacing. 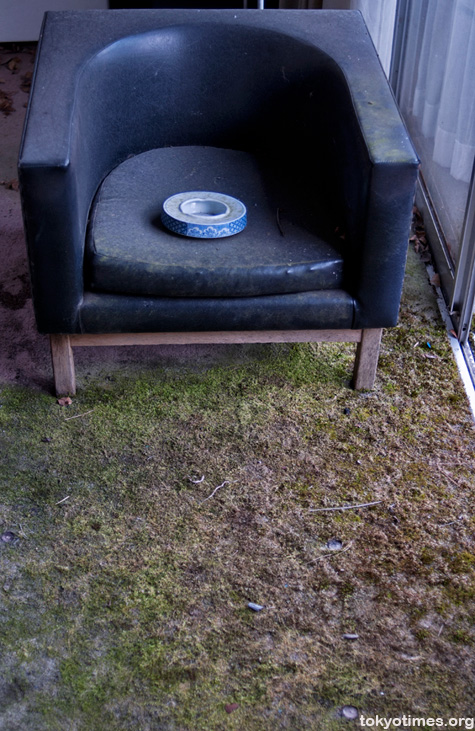 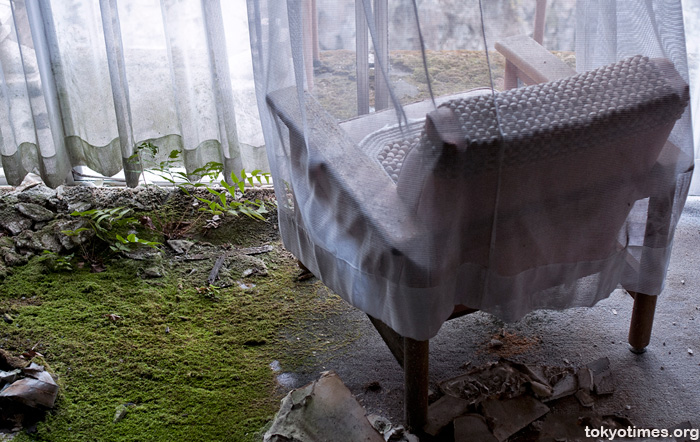 In fact, so desperate is the state of this one-time business, that even this kappa, the legendary creature that the hotel’s hot spring is named after, has nothing more to give. 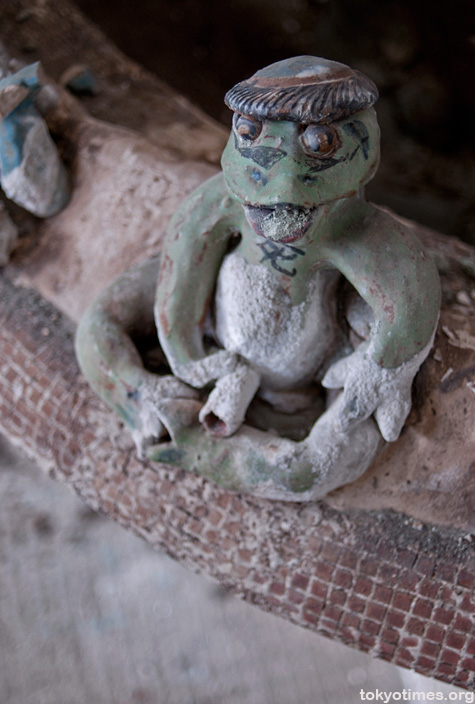