Some abandoned Japanese buildings, like the recently posted images of an enka singer’s old house, hold snippets of information about their past occupants, and yet at the same time, tantalisingly don’t tell the whole tale. Others, however, have stories that have been relatively well documented, and the clues left behind invariably appear to confirm them — like this long-deserted kimono shop for example. 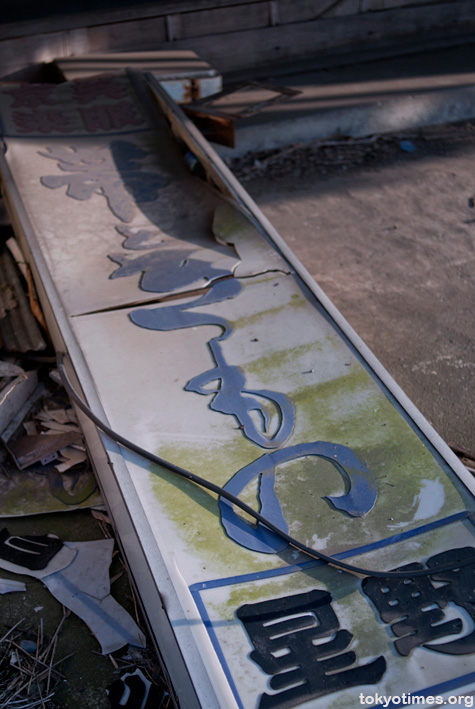 Unfortunately, the sales area itself is now in a very sorry state indeed, with only hints of the colours and fabrics that must have once filled it. 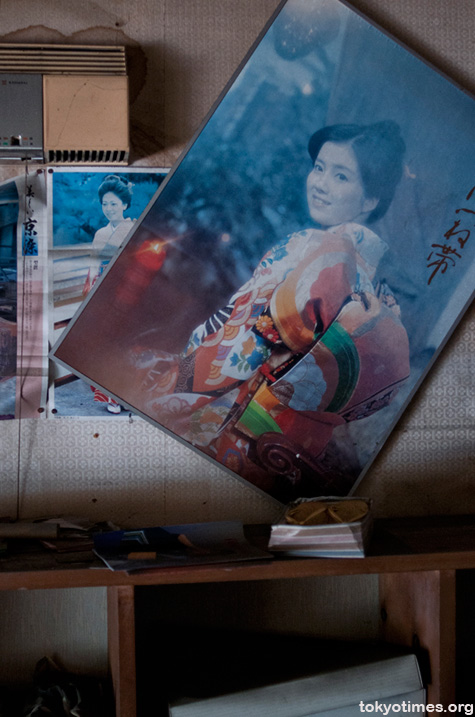 But thankfully, upstairs is totally different, as it contains an absolute plethora of possessions that once belonged to the past occupants. 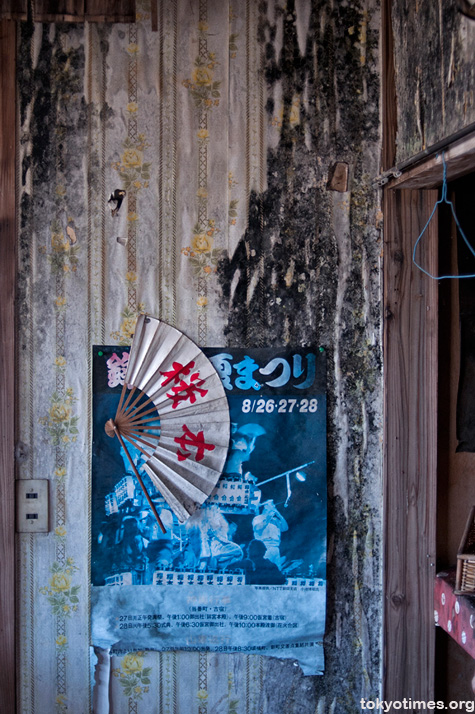 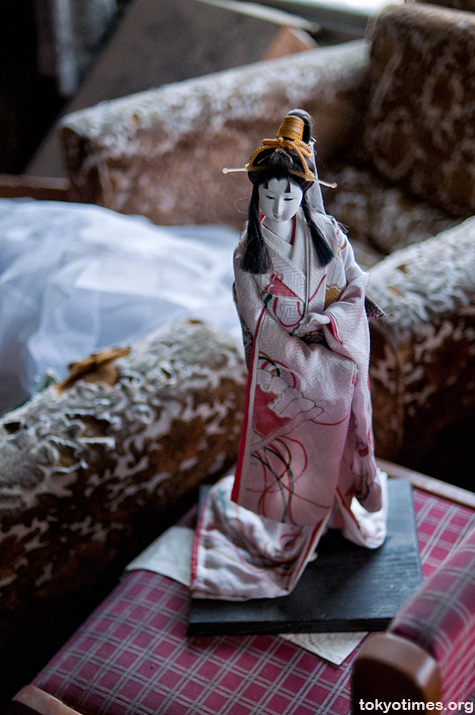 And a positively dizzying array of other stuff. 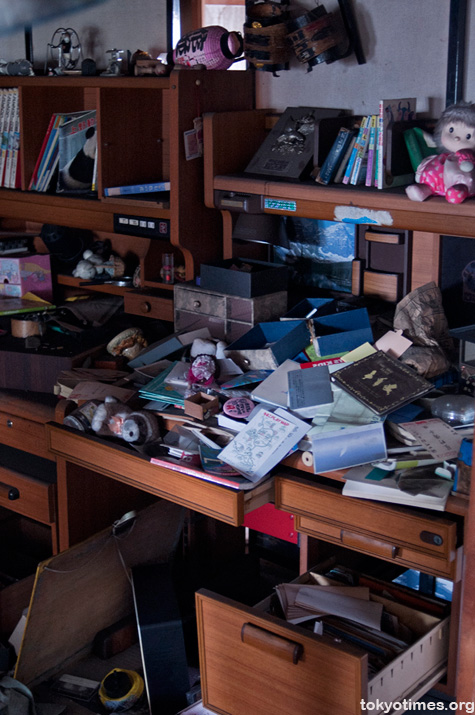 All appearing to confirm the online consensus that the mother and daughter who once lived in the building did a midnight run. The latter, Masami Hoshino, who, according to a certificate passed a sports test in 1984 when she was an elementary school student, even left behind her presumably once dear, 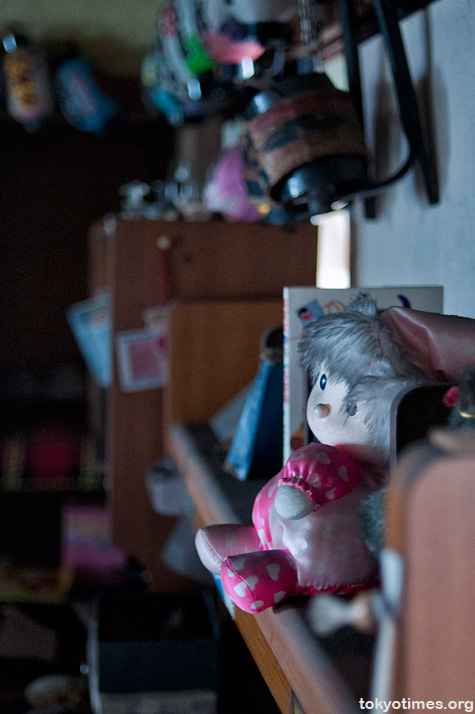 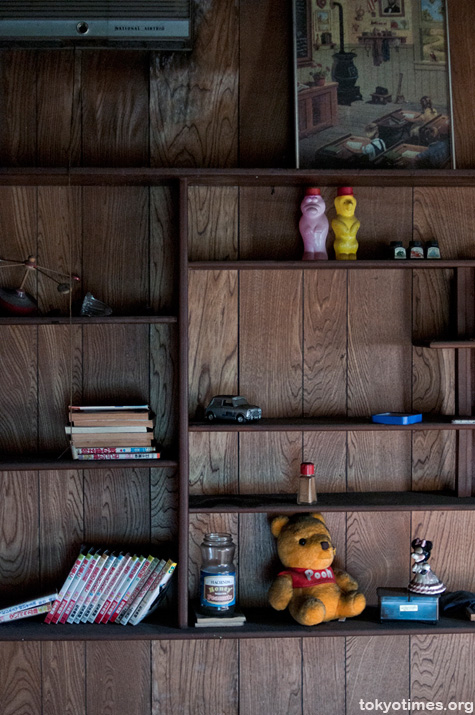 Along with her room’s cute but now never closed curtains. 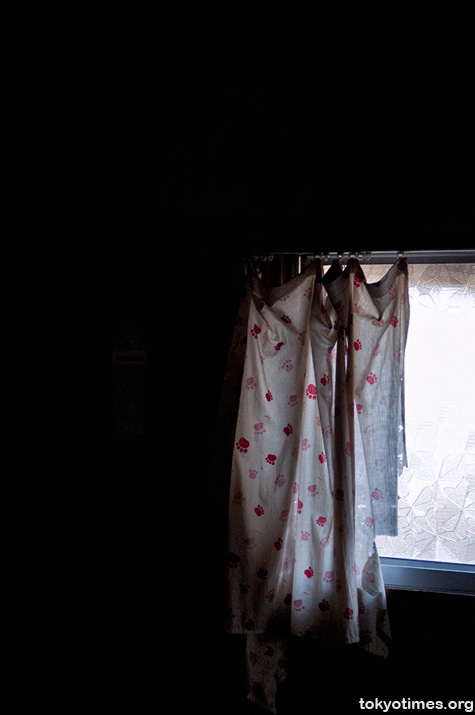 Elsewhere, the kitchen too suggests a very hasty departure, with cupboards still full. 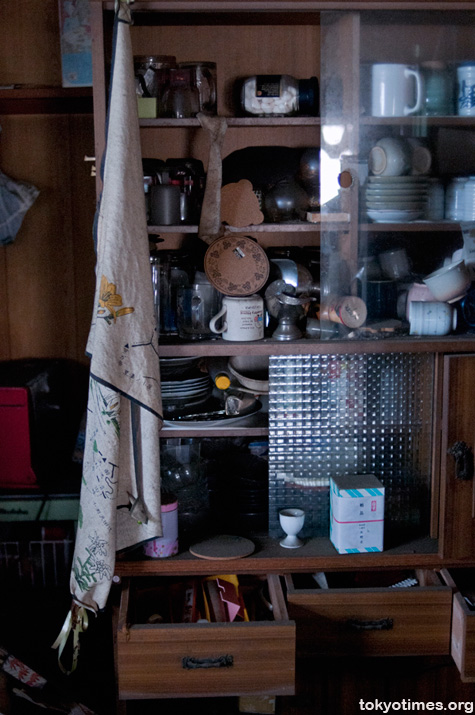 Dishes that dried a long long time ago. 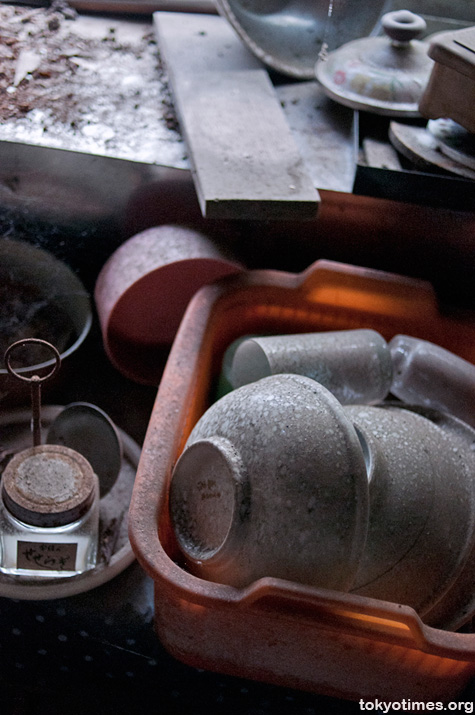 And documents still patiently waiting to be dealt with on the refrigerator. 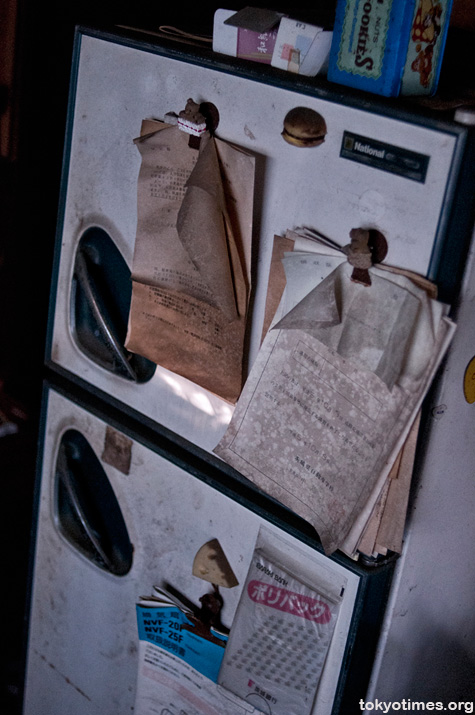 All of which point to a really rather sad ending, and although the exact reason why they left is a mystery, it’s probably safe to assume it was for financial reasons. Along with the equally safe bet that a stiff drink would have been called for to settle any frayed nerves before that fateful late-night move more than a decade and a half ago was finally set in motion. 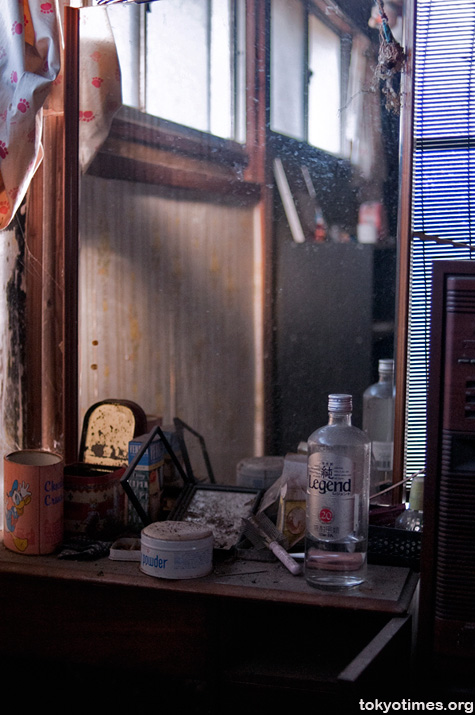