The famous Koenji Awa Odori festival is, bar the customary drinking and eating, about three things: dancing, dancing and, erm, dancing. However, the only trouble is, with well over a million visitors over the space of two evenings, seeing said dancing is often easier said than done. And taking photos of it is even trickier. Especially so if too much time is spent dabbling in the aforementioned drinking and eating.

So, whilst I did manage to bag at least a few shots of the main attraction, covering the young. 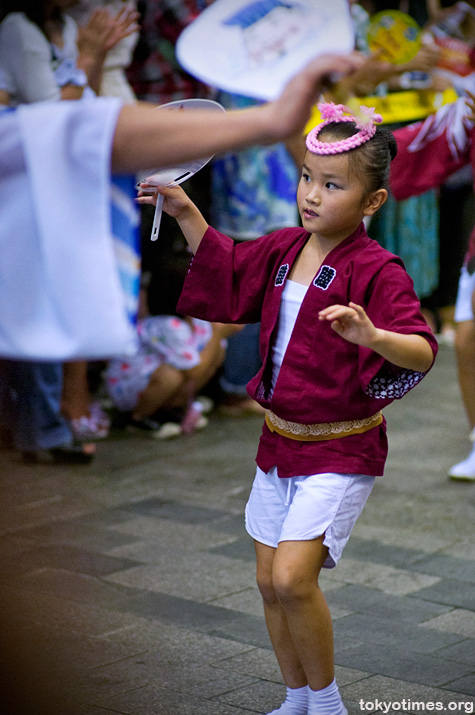 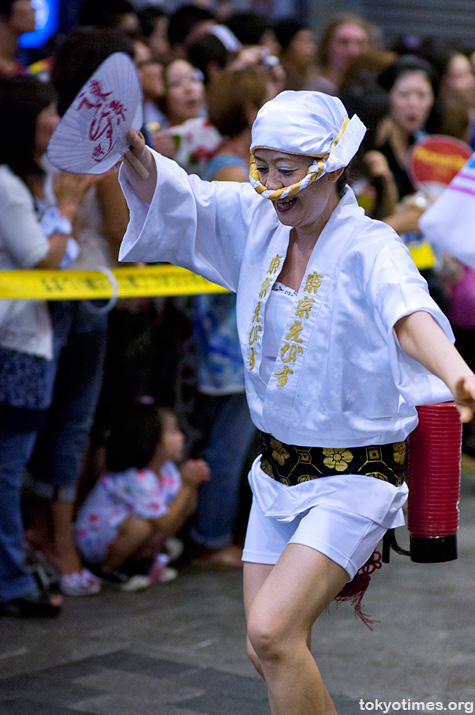 And the two of them in tandem. 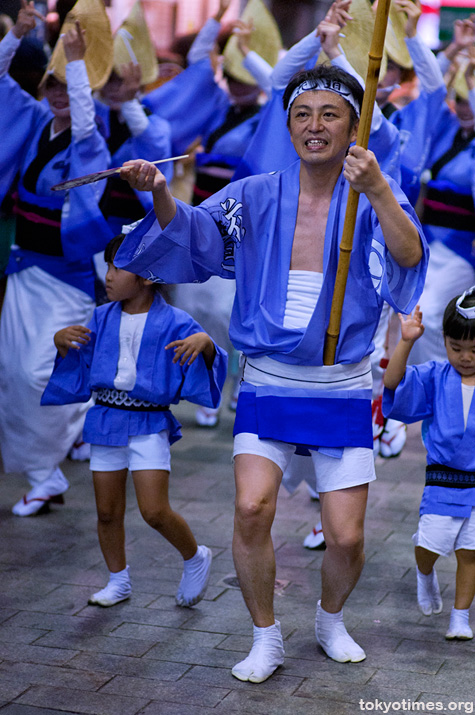 Most of my captures were of those providing the accompaniment. 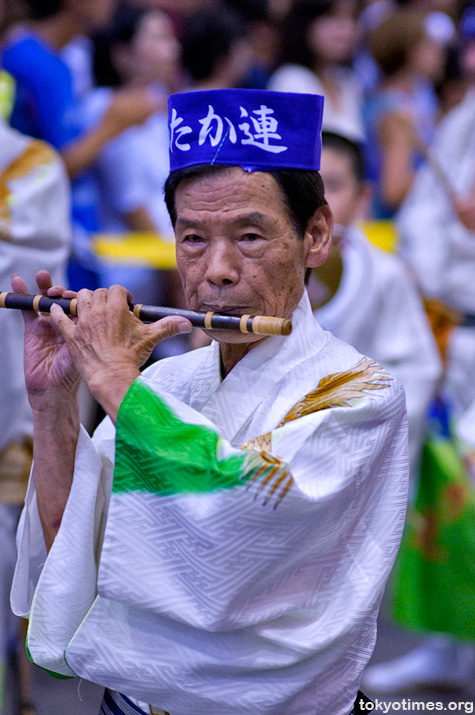 Which included all kinds of instruments. 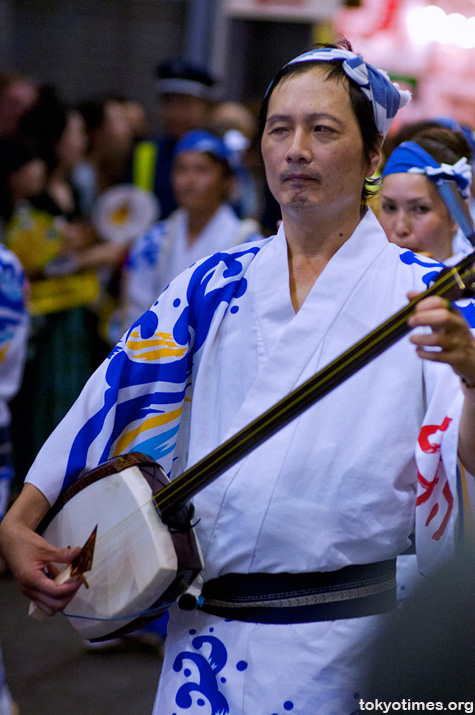 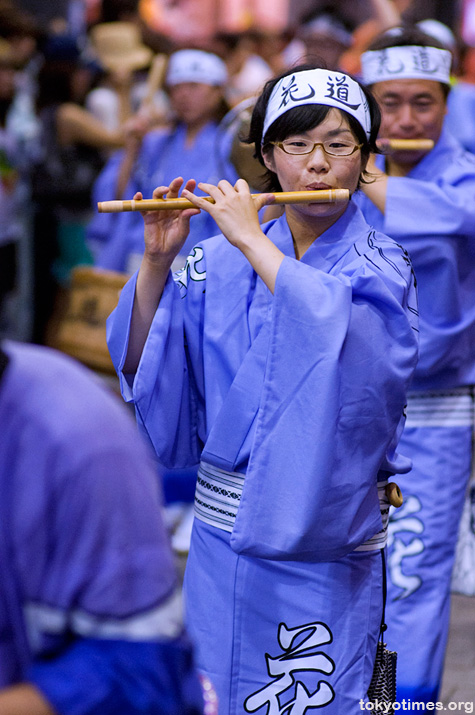 And again, all kinds of ages. 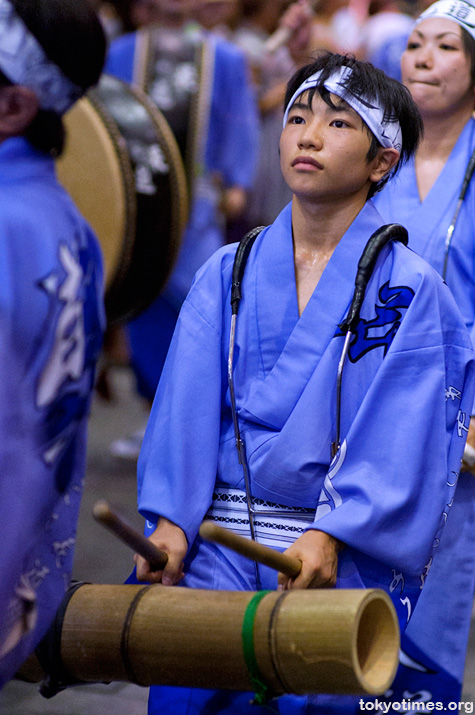 But one thing is for sure: trying to get pictures with so many people there was tiring, but obviously nowhere near as tiring as actually taking part. 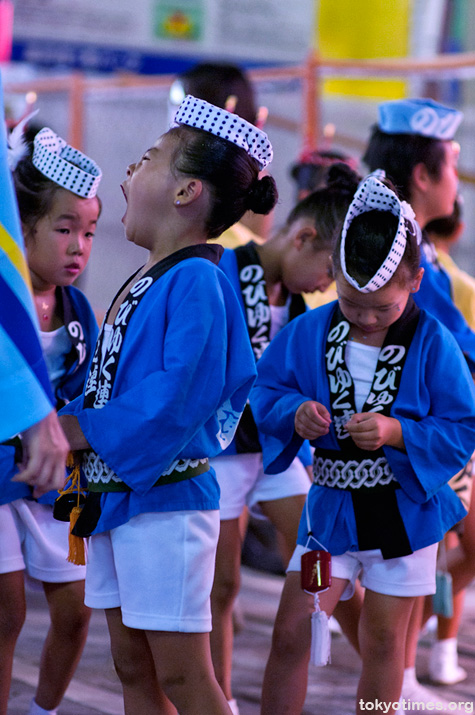