Many traditional Japanese pastimes are extremely regimented, leaving little room for spontaneity, and Kyudo, Japanese archery, is no different. With the emphasis very much on ritual and technique, archers must always complete the hassetsu (eight stages of shooting) — a set of steps so painstakingly followed that the eventual release of the arrow appears merely a part of the process, rather than the main purpose. An idea that the martial art’s association with zen Buddhism, and an emphasis on meditation and self-improvement, would seem to support.

In competitions, however, it is actually hitting the target that ultimately counts, although along with the aforementioned hassetsu, archers must also perform an intricate series of actions as they enter the dojo. Plus on top of that they are also required to kneel after each shot before slowly rising again when it’s their turn. 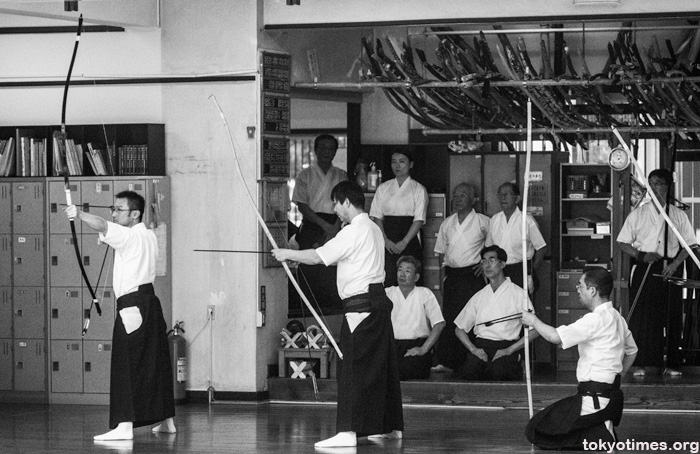 An effort that, along with the deadly seriousness of everybody involved, and the complete and utter silence, looked more like an exercise in discomfort, than development.

Yet despite this, the very obvious dedication on display, and the almost reverential atmosphere in and around the dojo, made it absolutely fascinating to watch. 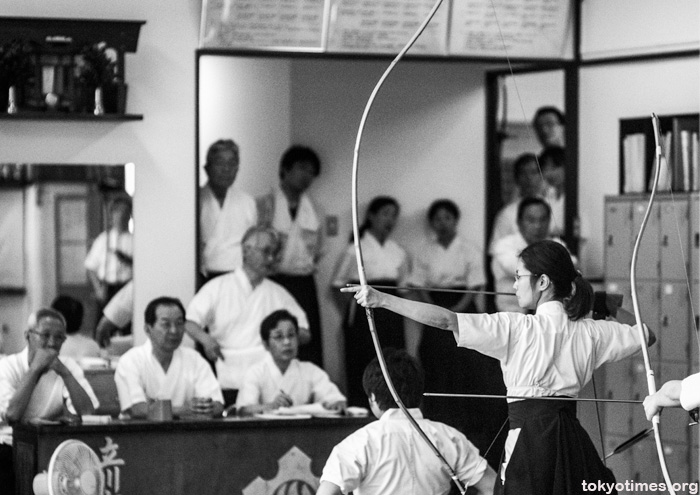