It would appear that the career of high school teacher Yasushi Fukuda is currently at something of a crossroads, as in court on Thursday the presumably embarrassed educator admitted to trespassing in the home of a student on August 3rd.

Making a ‘house call’ at the rather unusual hour of 3 a.m., the 47-year-old part-timer managed to silently sneak through the back door of a favoured female student’s family home; however the light from his torch alerted a member of the household, resulting in Fukuda-san’s apprehension — his capture coming moments before the lavatory lover could fulfill his aim, which was to take furtive photos of the bathroom. 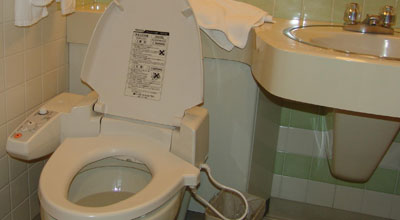 Thursday’s initial hearing it seems only tackled the issue of trespassing, but hopefully Fukuda’s further appearances may help explain whether he’s simply a lewd lavatory letch, or alternatively just a fella with a fondness for bathroom furniture. The teacher’s decidedly unsociable hours perhaps explained by his busy schedule, as the police found the addresses of 10 or so other students in the industrious instructor’s car.