Following in the online footsteps of the successful Japanese web diary-turned-novel, Densha Otoko (Train Man), Harukarin Blog has sold well since its bookshop debut in May this year. Yet whereas Densha Otoko documents the feel-good feats of a train riding geek winning the heart of a commuting cutie, Harukarin Blog is far less candy-coated, covering the less traditional territory of a man attempting to save his relationship after his girlfriend comes out as a lesbian, with 23-year-old protagonist Harukarin Nakagawa opting for the decidedly drastic approach of agreeing to his partner’s request that he undergo a sex change. A few snips and the odd injection designed to satisfy her needs and thus salvage the union. 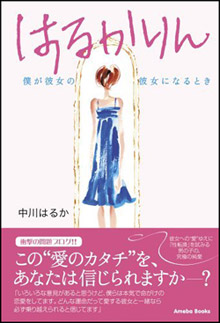 Such an unconventional approach to saving a relationship no doubt helped to fuel interest in the saga, but for the very same reason many people have quite understandably dismissed the diary as mere fiction, with one online critic writing, “The whole story of a guy’s girlfriend of five years telling him she’s a lesbian and asking him to become a woman is just ridiculous.” Others have also hit out at alleged factual inaccuracies, bursting Nakagawa’s claims that his breasts started blossoming shortly after starting hormone treatment. One mammary malcontent stating, “It’s medically impossible to develop a bust as fast as the writer claims.”

Such criticism has resulted in Ameba Books changing the publication’s title, which was originally Seitenkan Dokyumentari Blog (Sex Change Documentary Blog). Yet despite this, the company remains very protective of its lesbian and laceration laced love story, with spokesman Kenichi Yamakawa boasting, “I don’t really think it matters one iota whether the book’s factual or it’s creative. What’s most important is that it’s a high quality piece of modern literature.”