Perhaps due to the mindboggling pace at which buildings go up (and indeed down) in Japan, there are plenty of abandoned lots liberally dotted around the landscape. Which, with their eerie emptiness, are much sought after spots for the curious and camera equipped alike.

Known as haikyo (ruins), their popularity among certain circles is growing, with numerous websites boasting fabulously atmospheric photos, along with several

by photographer Shinichiro Kobayashi. And, not wanting to be left out, Tokyo Times has now jumped on the abandoned building bandwagon with a suitably second-rate saunter around a languishing love hotel. 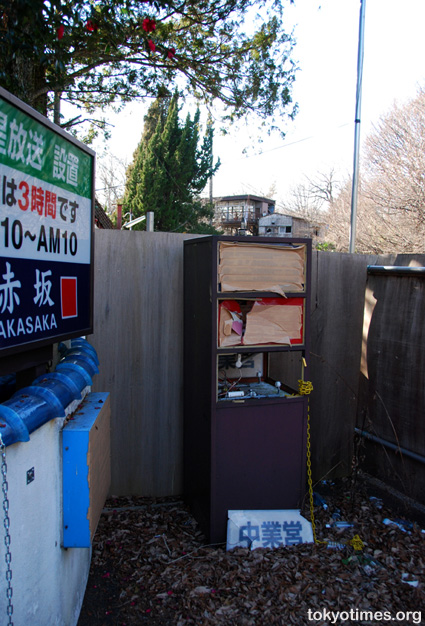 Having taped up the sign and fenced off the building, the departing owners then simply left everything else to either rot, 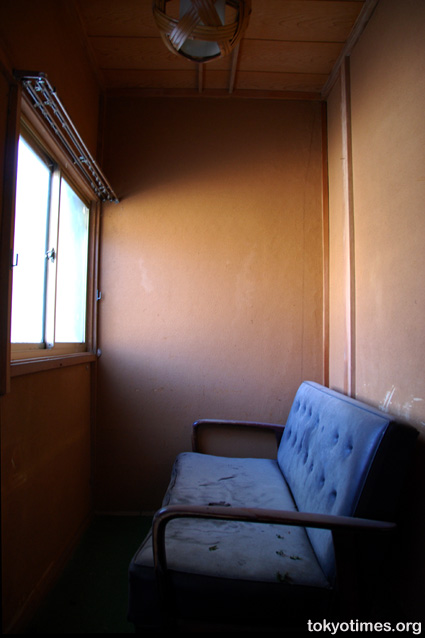 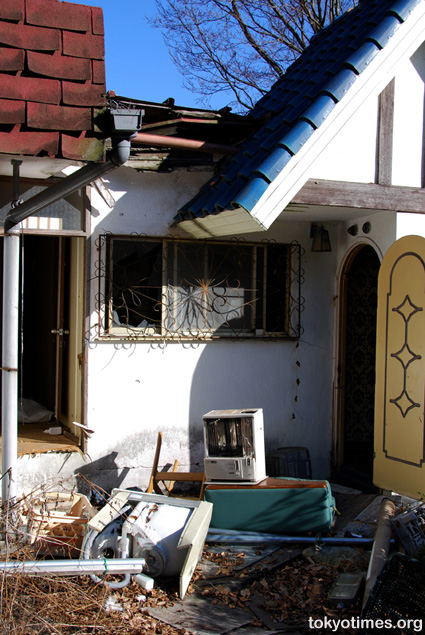 That said, the rooms themselves still hint at their previous purpose, 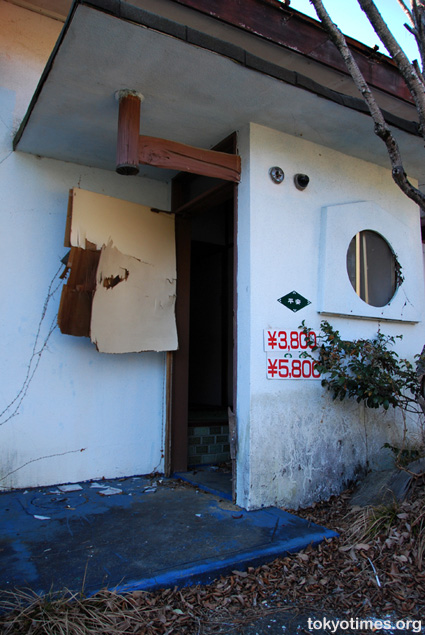 although now, whether it be either a long or short stay, 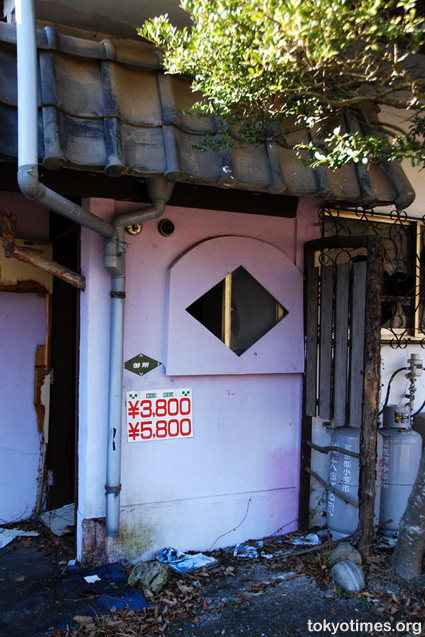 there’s no beer in the minibar, 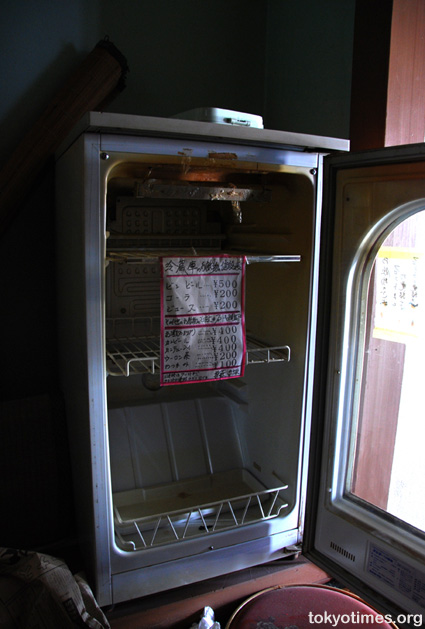 and calls to restock it remain unanswered. 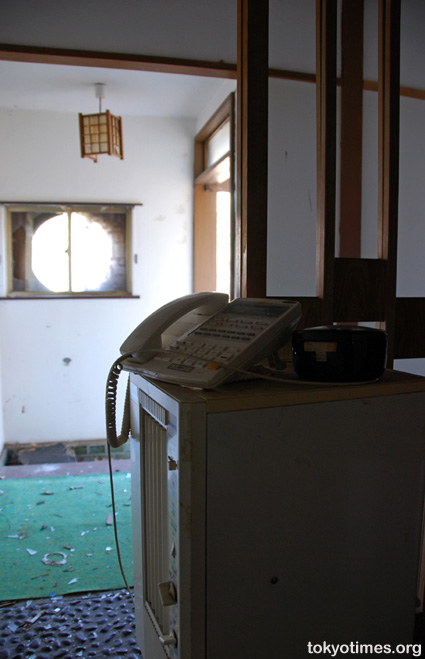 Similarly, the mass of mirrors reflect only the decidedly dated decor, 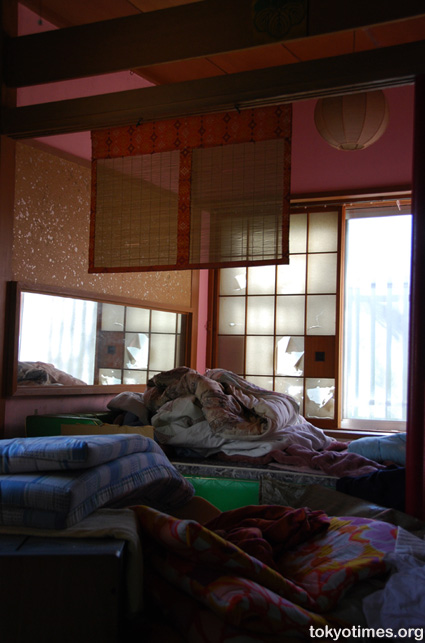 rather than any cloak-and-dagger decadence. 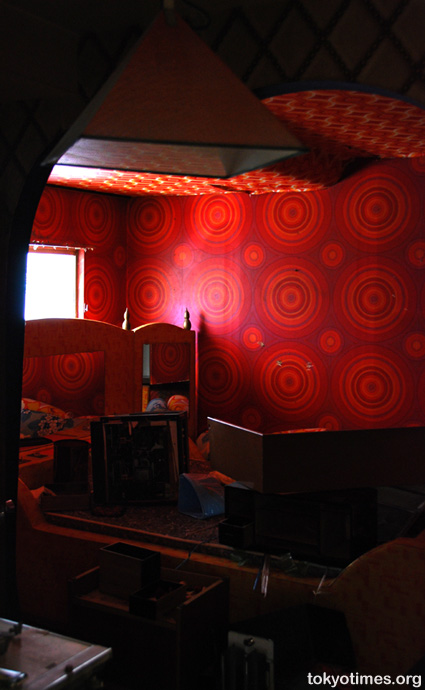 Apart from that depicted on the walls that is. 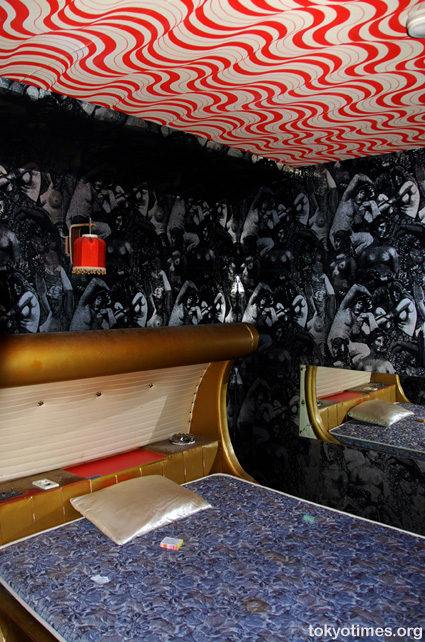