The Boyfriend’s Arm Pillow might have seemed a little odd, but compared to Trane Corporation’s Lap Pillow, it pales into insignificance. 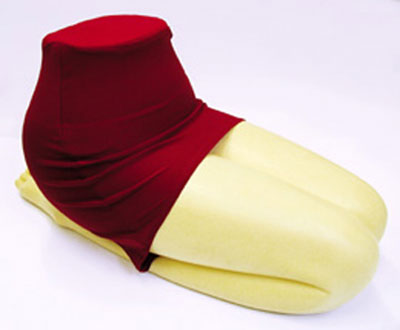 Yes, as the picture clearly shows, if nothing else this unique item is appropriately named. And for anyone interested, it is made from urethane foam and supposedly has a skin-like texture. The decidedly short and tight skirt on the other hand is made of boring old polyester.

Not surprisingly the product was designed for men, although its creator, Mr. Ikarashi, says it was made with young males in their late teens and early twenties in mind. But initial reaction from men in their 50’s and 60’s has also been positive.

As well as claiming to be shocked by this interest from older men, Ikarashi-san also argues that the pillow is in no way dodgy. In fact as far as he is concerned (or willing to admit), it is a product primarily for healing.

However it could be argued that the photograph below paints a slightly different picture. 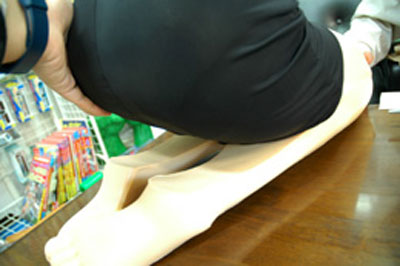 And this is a very different one altogether! 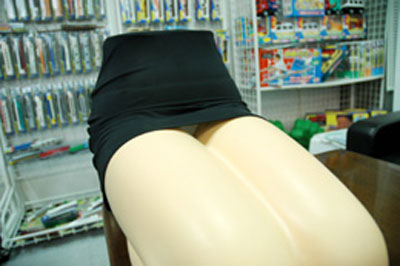 Perhaps Ikarashi’s final words on the pillow are the most enlightening. According to surveys, he claims that the image associated with the pillow is relief and not excitement.

[Pictures and story courtesy of TechJapan]