Whilst way short of the staggering 2 month stint achieved in Niigata last year, Kiyoshi Ikeda recently made a valiant attempt at the staying-in-a-manga-cafe-for-as-long-as-possible world record, living in such an establishment for a very respectable 34 straight days.

Before being arrested for fraud in the early hours of Wednesday morning, the 37-year-old had enjoyed the relative comfort of a ‘1,000 yen for nine hours’ room; his only problem being a distinct lack of food, as after a grilled beef dinner on March 10 he had been surviving on only coffee and toast each morning. Well, that and the cafe’s lack of washing facilities, unemployed Ikeda resorting to washing his underpants in the room’s washbasin. 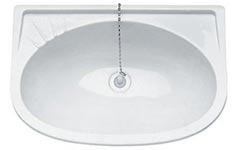 Being a regular at the cafe combined with rotating shifts amongst the staff meant Ikeda’s secretive sojourn initially went unnoticed, but after finally being rumbled for non-payment he was unceremoniously handed over to the police; the paltry 16 yen in his possession being well short of the bill — a hefty 150,000 yen (720 pound). Not that the comic connoisseur showed any repentance, Ikeda-san brazenly boasting, “I ran out of money and I thought I’d stay there until I got kicked out.”