As the construction of colossal calculators is something of a niche pastime, the 12-metre-long abacus recently built by Japanese craftsmen and children in Shimane Prefecture will almost certainly be recognised as the world’s biggest — especially as it is rumoured to top the previous record by an impressive 2 metres. 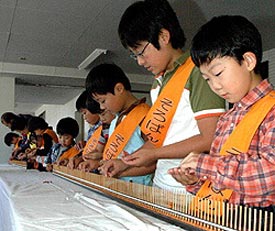 However with abacuses being complicated contraptions at the best of times, this behemothic beast will no doubt prove problematic for even the most experienced of users, with one of the craftsmen involved apparently taking almost an hour to work out that 15 plus 22 equals 189.