The appearance of religious figures in manga isn’t all that uncommon, with Osamu Tezuka’s Buddha series

in particular covering in comic form the story of Siddhartha.

The more recently released ‘Saint Young Men’ by Hikaru Nakamura on the other hand takes a somewhat less serious approach, with Buddha renting an apartment in present-day Tokyo. 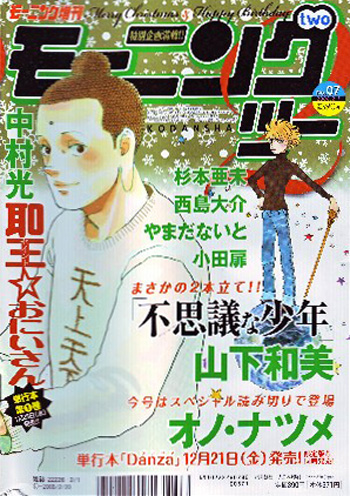 A situation made all the more surreal by the fact that he shares the place with another famous fella, Jesus Christ. 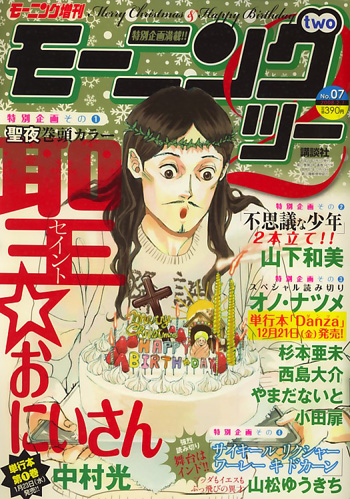 Perhaps to allow them to blend in somewhat, they are a suitably stylish pair — with Jesus even boasting a T-shirt that boldly proclaims, â€œDad, Me and the Holy Spiritâ€ (çˆ¶ã¨ç§ã¨ç²¾éœŠ) — although it is nice to see them both bearing their customary coiffures. 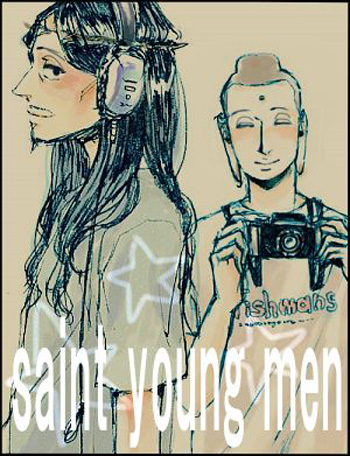 Living in the capital’s western suburb of Tachikawa, heaven knows what situations they will find themselves in, but it would certainly be interesting to see their stance on the south of the station’s somewhat seedier side. 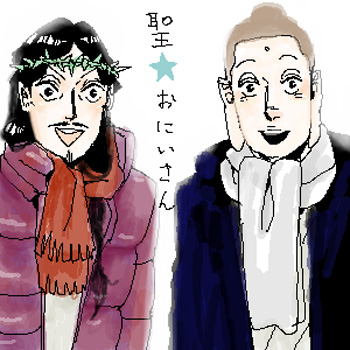