Smashing his own record by a considerable margin, Akira Haraguchi managed to recall a walloping 100,000 digits of pi on Tuesday — a feat that took him a seriously soporific 16 hours. 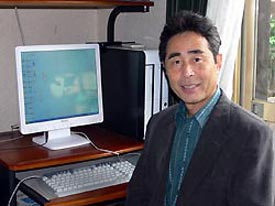 The 60-year-old’s previous tally of 83,431 digits now appears positively pitiful in comparison, although Haraguchi-san himself remains humble. “The figure 100,000 is just an extension of last year’s record, and I wasn’t really caught up with that particular number. I’m certainly no genius. I’m just an ordinary old guy.”

Genius or not, the digit devotee memorises pi using a technique of his own invention, rhyming the numbers and their order with Japanese words. Plus it is all also rumoured that he doesn’t get out much.