The Japanese seem to enjoy shortening words and names. A remote controller is known as a rimocon. Jimi Hendrix becomes cute and cuddly jimi hen. And Hollywood hunk Brad Pitt gets the rather unfortunate new name of burapi.

Apparently it’s now official that Mr. burapi is the second most desirable male in Japan. The top dog of course being the god of fashion and football, David Beckham. Even despite Beckham’s recent dalliance with his assistant, Japanese ladies still regard him as the hottest catch. Allowing the England captain to continue making millions from dodgy chocolate commercials.

But lets not take anything away from Hollywood heartthrob burapi. He recently arrived in Japan to promote his latest offering Troy, and was greeted at the airport by more than 1,000 screaming fans. With presumably all of them chanting the mantra, â€œburapi, burapi, burapi, burapi.â€

I just wish I’d been there to hear it. 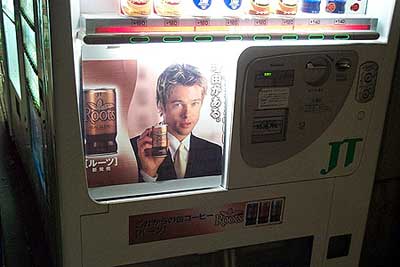