The work of French urban artist, Invader, has featured on Tokyo Times before, and several of his signature mosaics can be seen here.

At that time, however, I thought I’d found all the ones I could, as some had been painted over, whereas others simply didn’t exist anymore. Tokyo’s seemingly ever-changing landscape arguably making such forms of art even more fleeting than they normally are.

Then recently I stumbled upon this. A piece that bares all the Frenchman’s hallmarks, except perhaps his most identifiable: it’s not an invader. 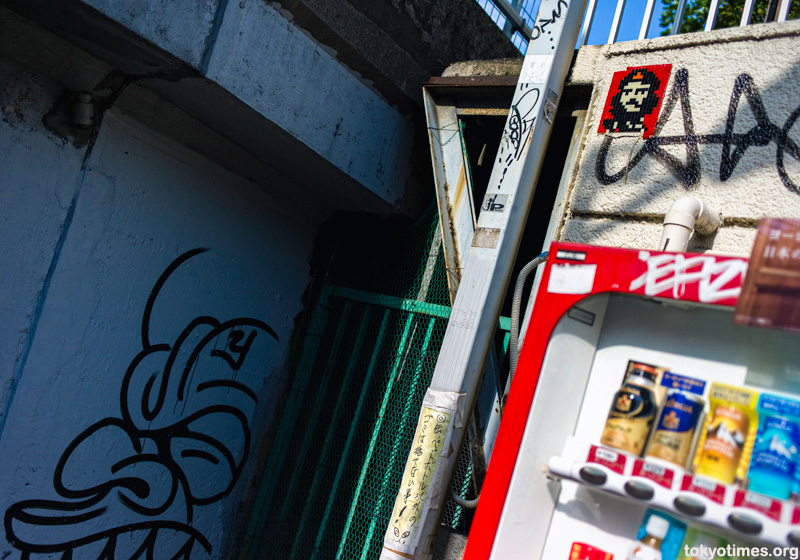 An aspect that inevitably makes me doubt its authenticity, although that doesn’t in any way detract from the fun of finding it.