A couple of days ago I posted a few pictures from this year’s Tokyo Motor Show. But like any motor event worth of its salt, as well as a vast amount of vehicles on display, there was a similarly large bevy of beauties.

Now whilst a few people could be spotted actually taking pictures of cars, they were very few and far between. As the majority of the camera wielding (and male) crowd was intent on saving important film and memory card space for the scantily clad ladies doing all the promoting.

So much so in fact, that the booth that garnered the biggest crowd was the one owned by Toyo Tires. And despite containing no vehicles (or indeed tires), there was no shortage of interested customers. 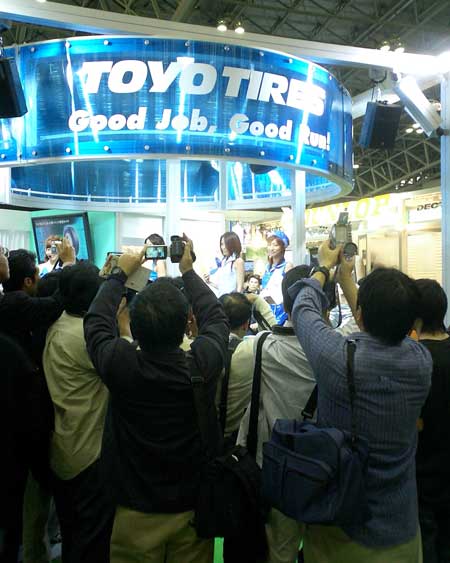 But rather than enter the sweaty and salivating crowd to get my own pictures (I’m a big Toyo Tires fan you see), I found that a quick walk around the back of the booth offered a (quite literally) cheeky little shot of what I was missing. 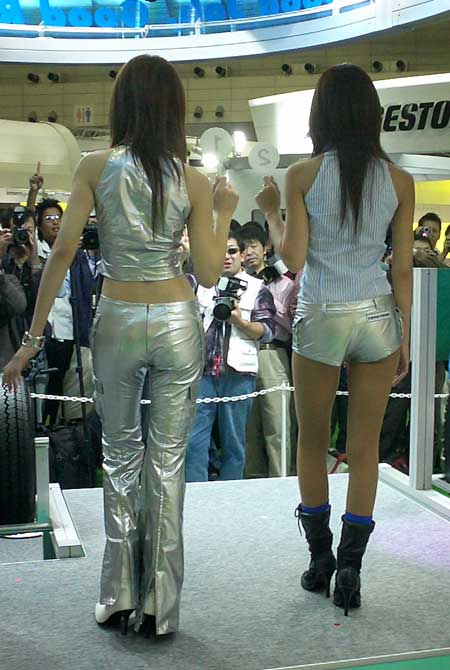 From what I could work out, a vote of some kind was going on. And as you can see, the man at the back is a big fan of girl number 1.

It’s a tough call though.