The Japan BE Laboratory may well sound like a science-based business of some kind or other, but actually, this rapidly decaying retreat near the equally ramshackle hot spring resort of Atami, a couple of hours from Tokyo, was instead centred around assisting those labelled as lacking in self confidence.

A place that fortunately, like many of Japan’s ruins (or haikyo), was pretty much effortless to enter. 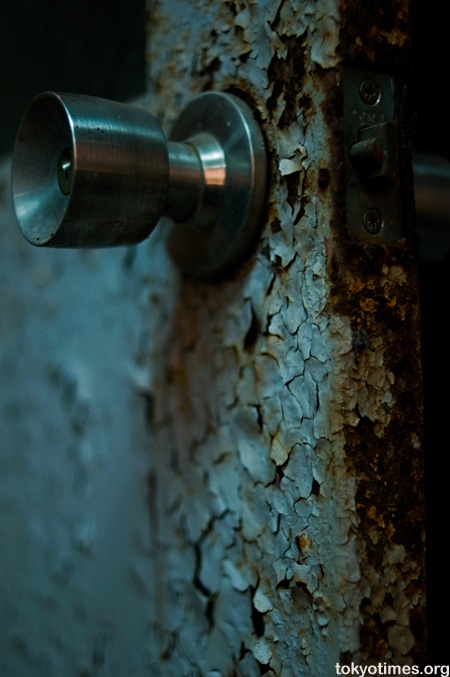 Inside, however, nature and the vigour of a few vandals have really taken their toll, although considering the place’s past purpose, it’s still not hard to imagine the reticence of those reclining, 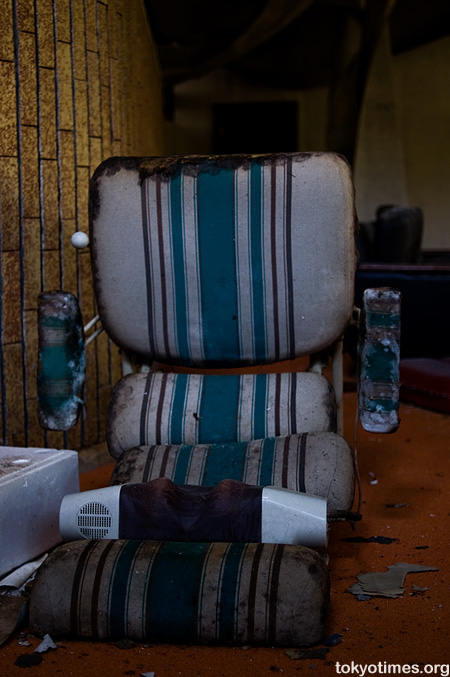 and no doubt declining, to tackle a couple of turns at table tennis. 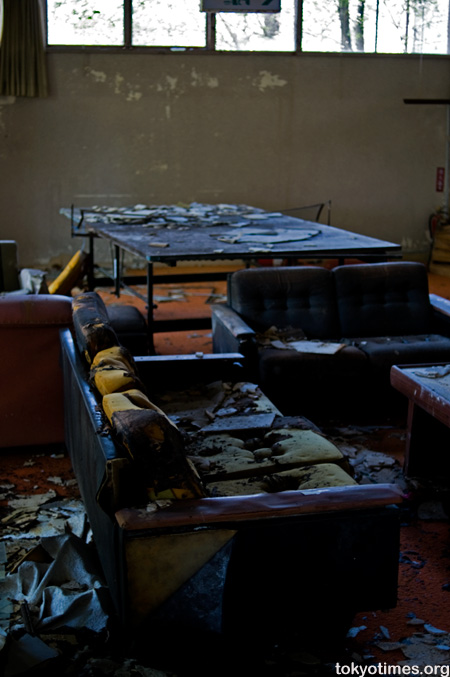 And more than likely, 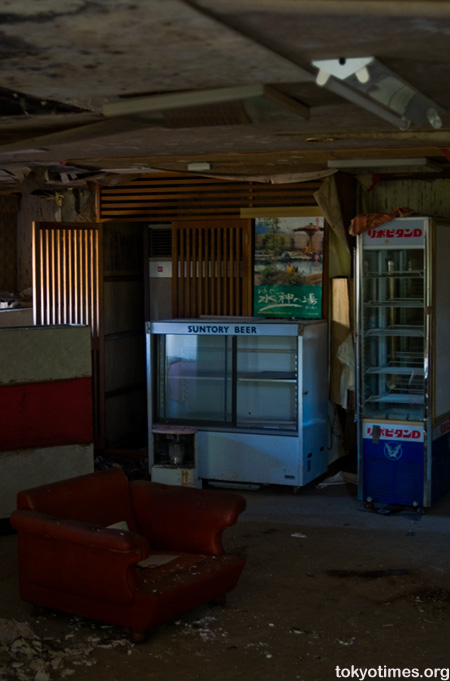 far from just a few beers would have been gulped down in the hope of garnering the necessary gumption for a game of golf. 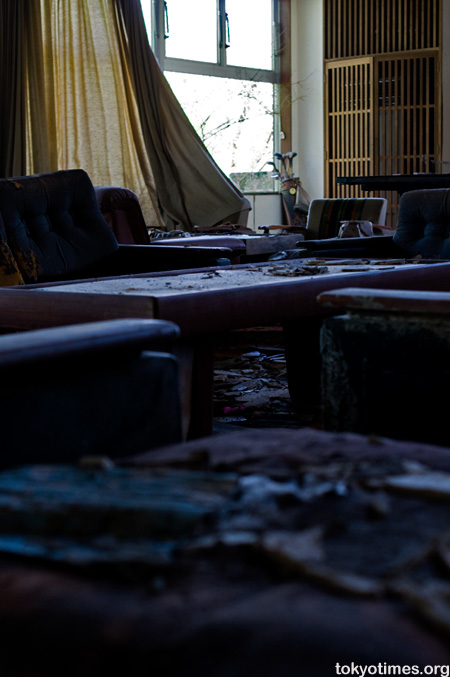 In fact, even for the staff, an insufficiency in assertiveness wouldn’t have seemed too out of place as, with a till and telephone combination as complicated as this contraption, 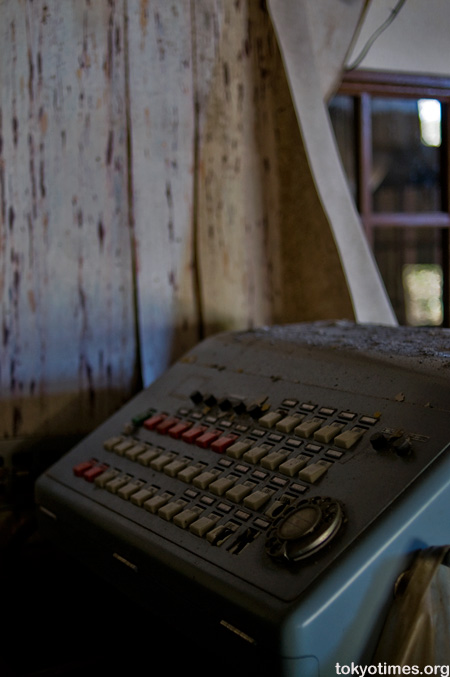 tablets may well have had to be taken. 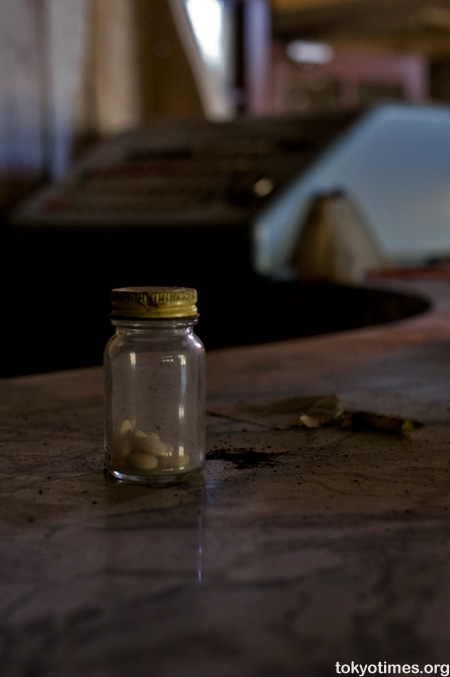 Quite possibly washed down with something cold from the kitchen. 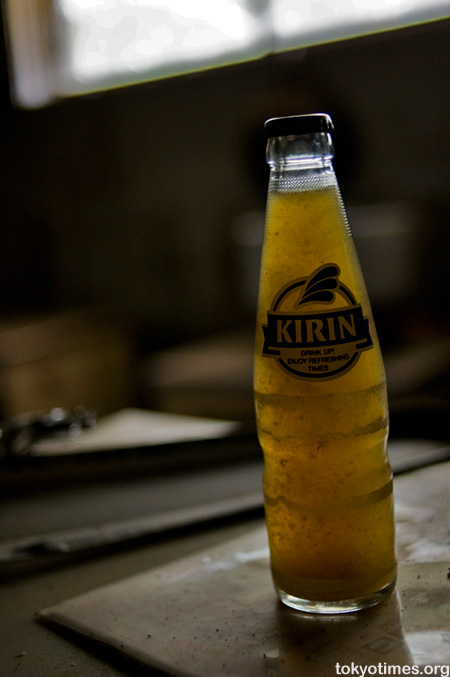 But besides competitiveness and state-of-the-art technology for its time, this semi-secluded spot did have its serious, and possibly slightly suspect, side. As, while more mundane methods such as meetings were obviously still a mainstay, 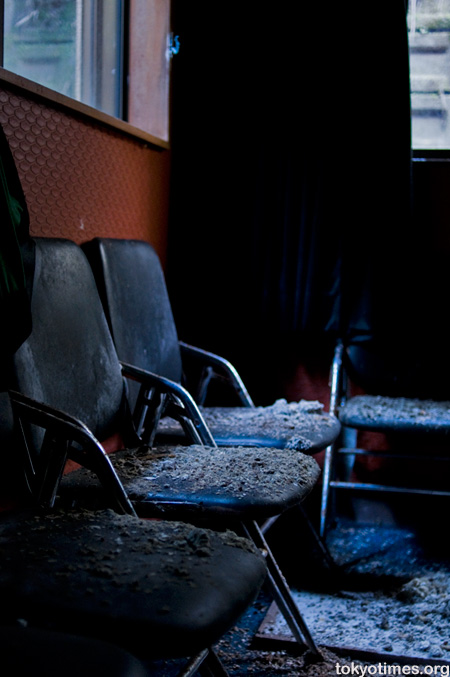 it’s possible that other, more atypical techniques were tried out. One in particular which, while decidedly difficult to decipher, involved two windowless rooms that were sealed on one side by stainless steel doors and offered two extremely contrasting forms of expression — the more conventional karaoke, disks for which there was certainly no dearth of, 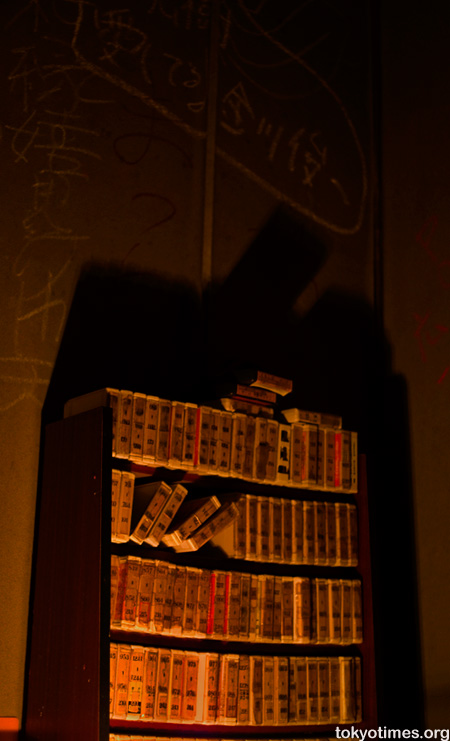 and the rather more unusual practice of writing willy-nilly on the walls. 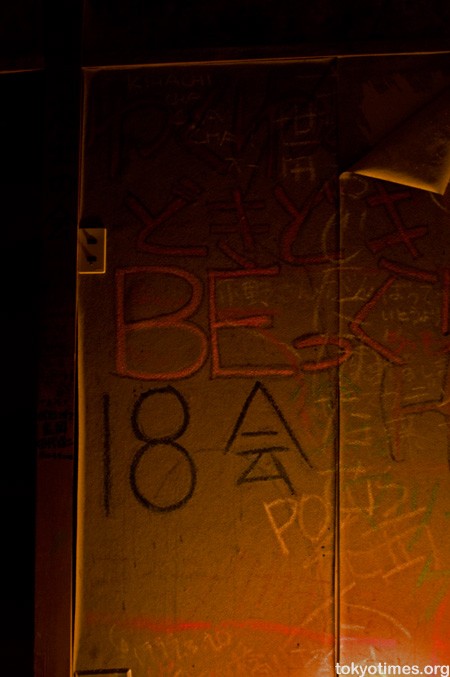 The jumbled mass of messages dating from when the centre seems to have ceased operations in 1999, to some done a decade or so earlier. 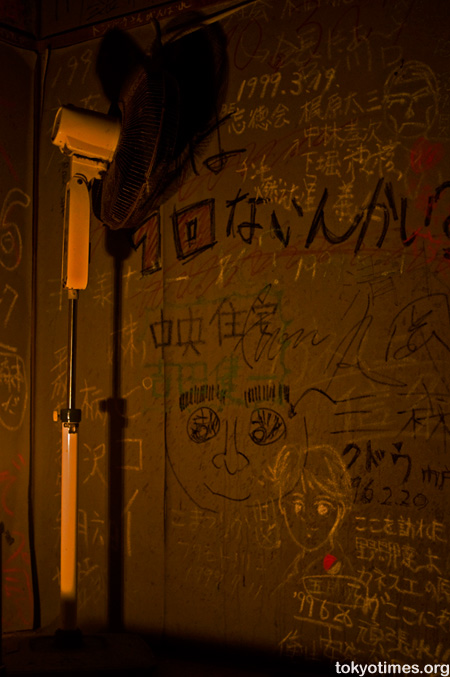 None of which really shed much light on what the purpose or procedure was, 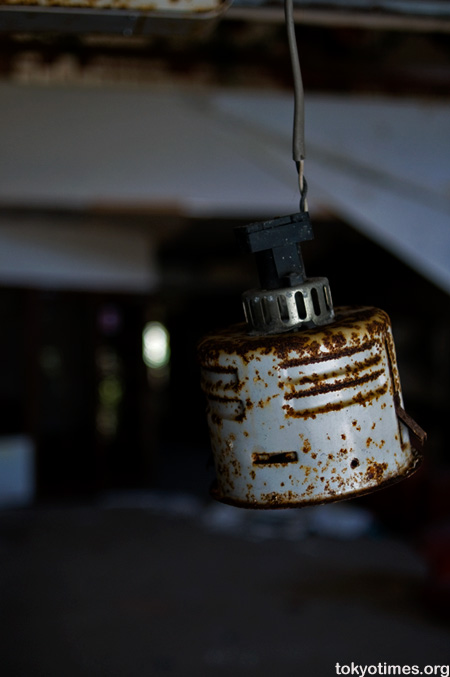 although by candle light it certainly seemed sinister, making the lobby appear far more appealing than it actually was. 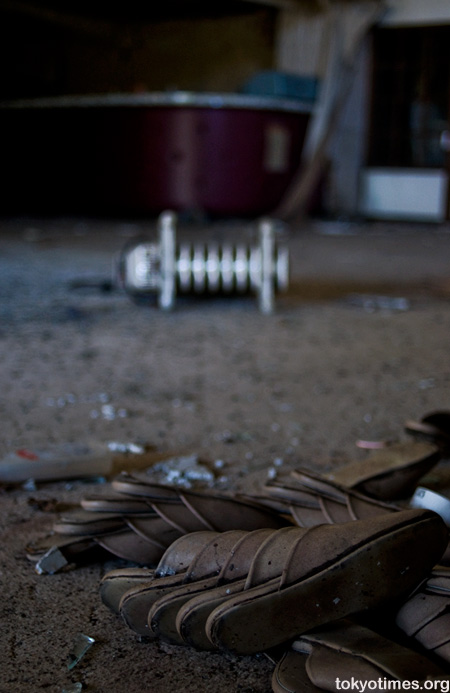 In part 2, I take a look at the private rooms for the patrons, and some of the belongings they left behind. Plus a couple of surprises that caused far more concern rather than confidence.