As far as market share goes, the usage of Mozilla’s Firefox browser remains stubbornly low in Japan compared to other key regions such as Europe and North America. A sorry state of affairs that has forced managers at Mozilla to try and rectify the situation with several promotional events aimed at spreading Firefox awareness, plus at the same time tempting the millions of Microsoft users to make the switch.

Yet whereas the giving away of gifts such as CD-ROMs, postcards and stickers may well win over one or two web users. 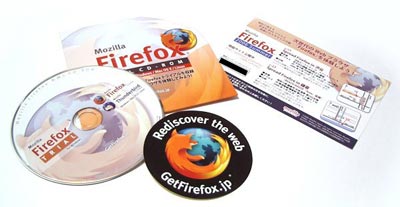 It can’t hold a torch to the marketing masterstroke of maids in miniskirts. 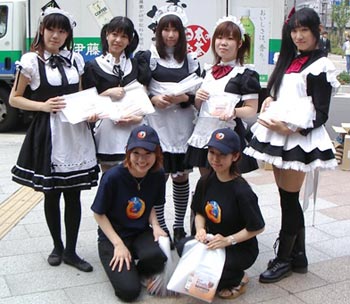