Japan’s narrow roads are often far from ideal for the common cyclist, especially in Tokyo; an abundance of amber gamblers further adding to the danger, with the practice appearing to be a requirement for the majority of motorists rather than a relatively rare risk.

A concern seemingly not lost on the bicycling old boy below, who, after a touch of two-wheeled tinkering, should have no problems whatsoever keeping an eye out for possible perils. 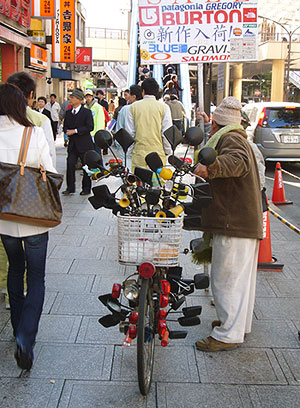 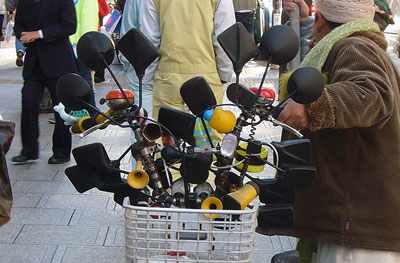