At a time when the music industry is still reeling from illegal downloading, and sales of singles continue to sag, middle-aged rockers Southern All Stars may well have obliterated any remaining interest (or indeed relevance) in regards to the Japanese Top 100 chart.

In an achievement that smashed the previous record of 16, the group made musical history by having 44 singles enter the current top 100. Yes, you read that right, 44! The band’s moneymaking scam of simultaneously re-releasing its entire catalogue of singles paying off in grand style. 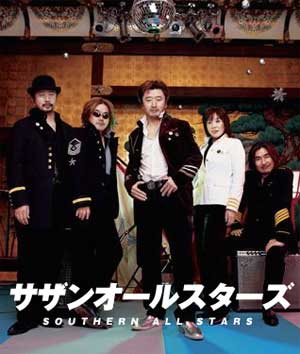 The move also increased sales of the melodic rockers’ biggest ever hit ‘Tsunami’ to 2.91 million copies. Officially making it the third-biggest selling Japanese single of all time. The profits of which will go directly to the band and its thoroughly delighted record company.