Ten years ago, I had the good fortune of wandering over to Tokyo’s Yasukuni Shrine at just the right time, on just the right day, and just as the rain very briefly turned to snow. The shot below is my favourite from those fortuitous few minutes, and should you want to, several more from the same set can be seen here. 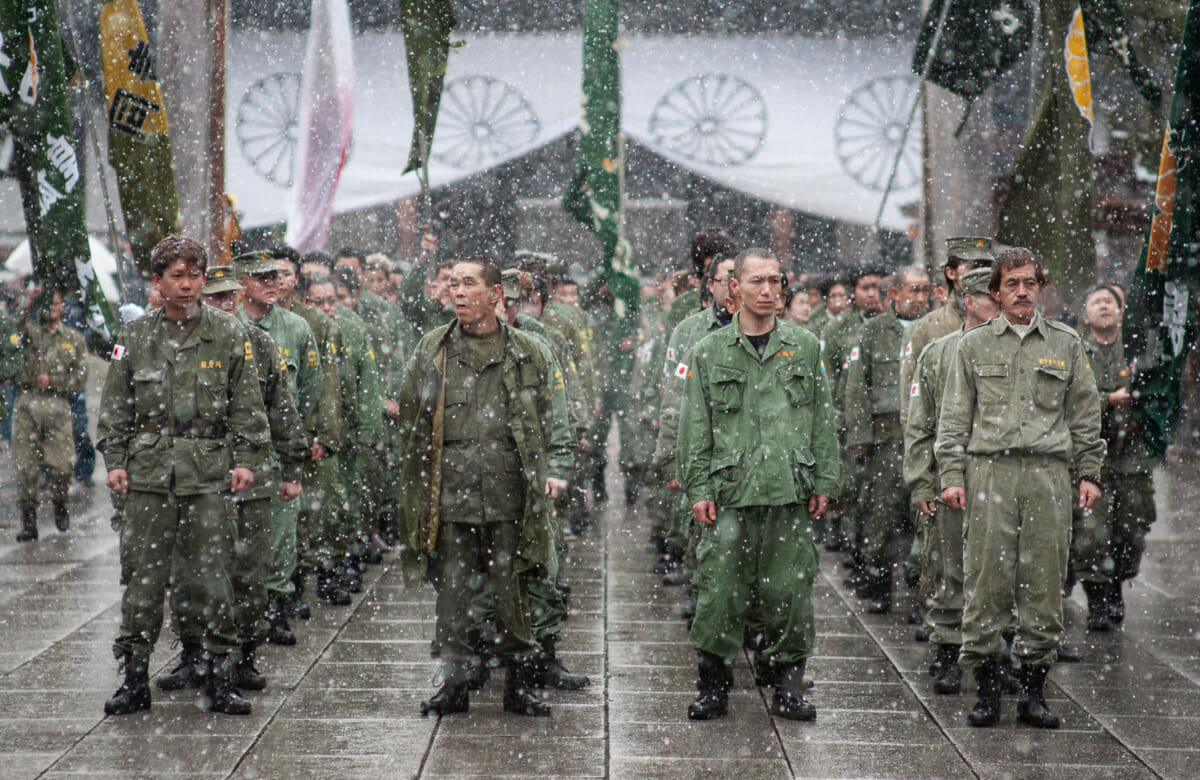 Since then, February 11th, National Foundation Day, has been a noted day in my diary, and I’ve been back to see the same spectacle almost every single year. Of course it’s highly unlikely I’ll ever get a series of photos that match those first ones, but there’s no harm in trying, and anyway, despite my utter distaste for what these uniformed nationalists stand for, I find the whole thing absolutely fascinating. I also have a grudging respect for them, as there’s none of the noise and bombast that is all too often an integral part of such gatherings. Instead, they quietly march up to the shrine, very solemnly pay their respects, and then depart en masse in a similarly restrained manner.

This year was no different, but with regard to photography, the low winter sun and resultant shadows made shooting difficult, so this is the best I got. A shot I like, but at the same time, it’s not all that different from others I’ve taken. 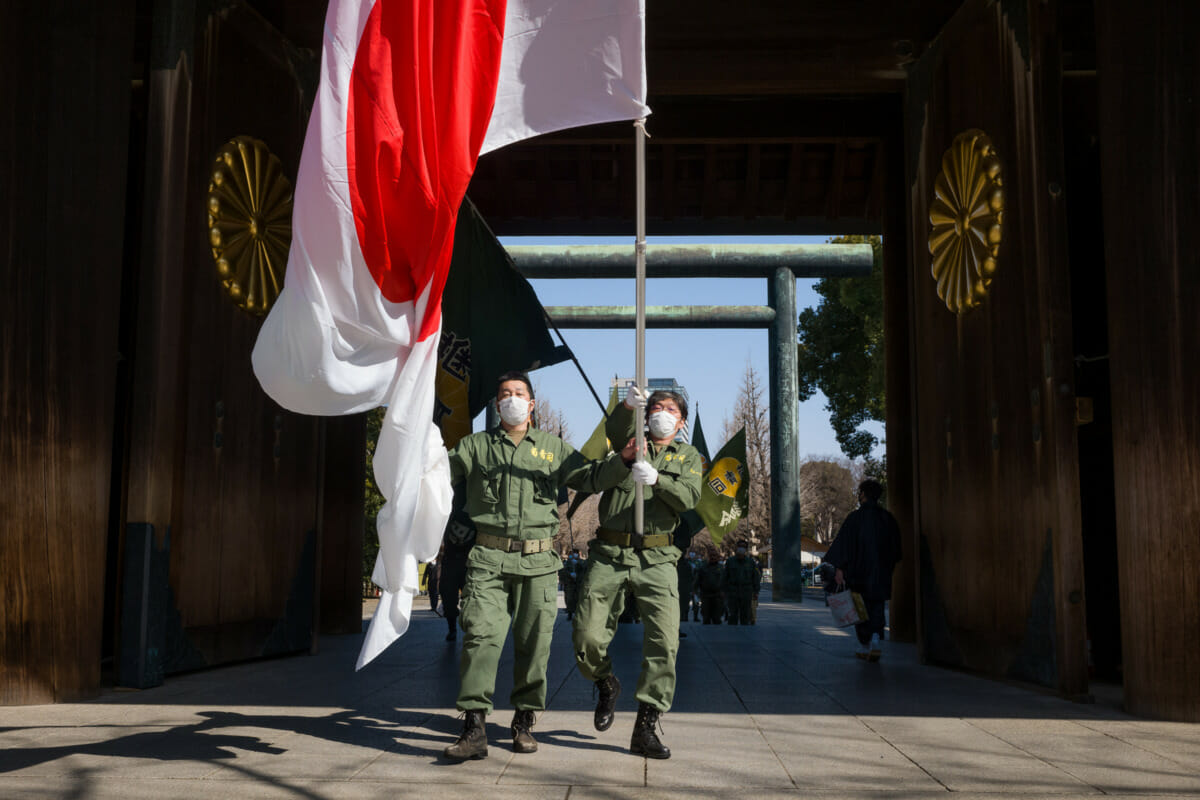 With that in mind then, it seemed like a good idea to add another shot from yesterday, as well as a couple of previously unseen images from two years ago. Photographs that document some of the other people who tend to make an appearance on February 11th.

To be fair, their behaviour is equally respectful, but compared to the main group, I really don’t know what to make of them. So here they are without further comment. 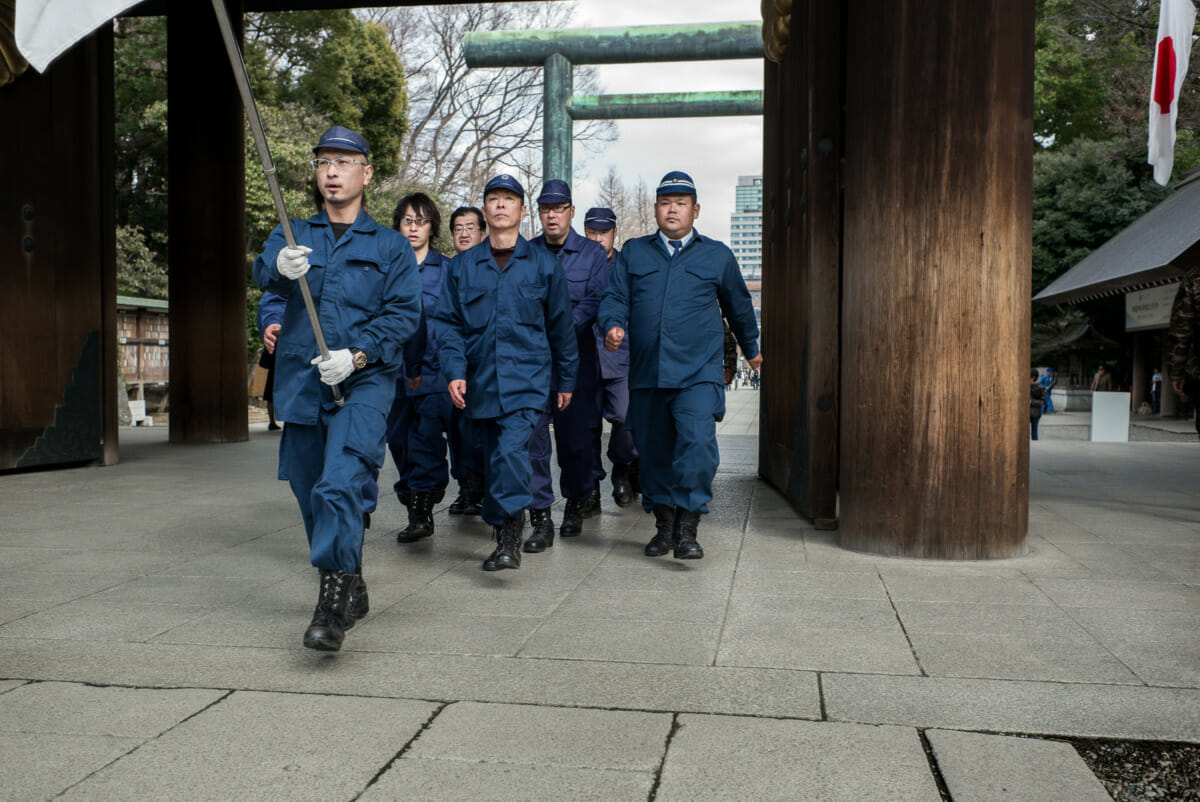 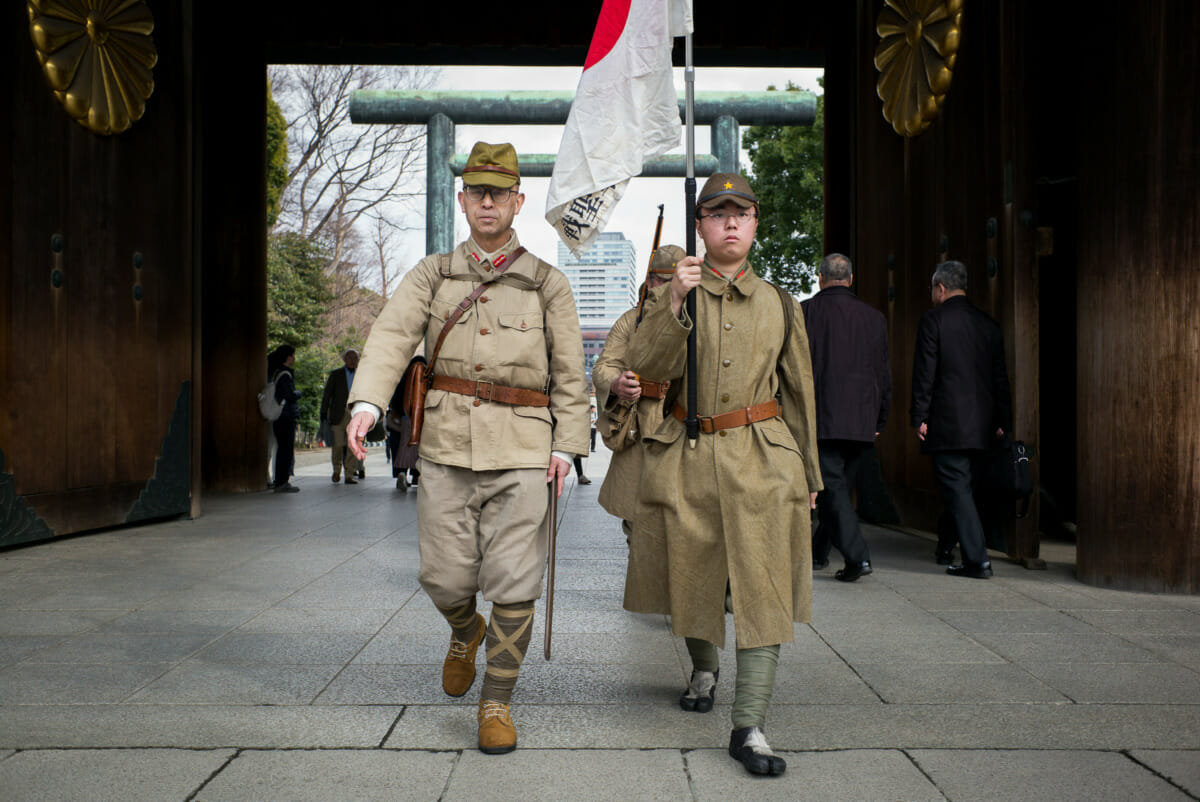 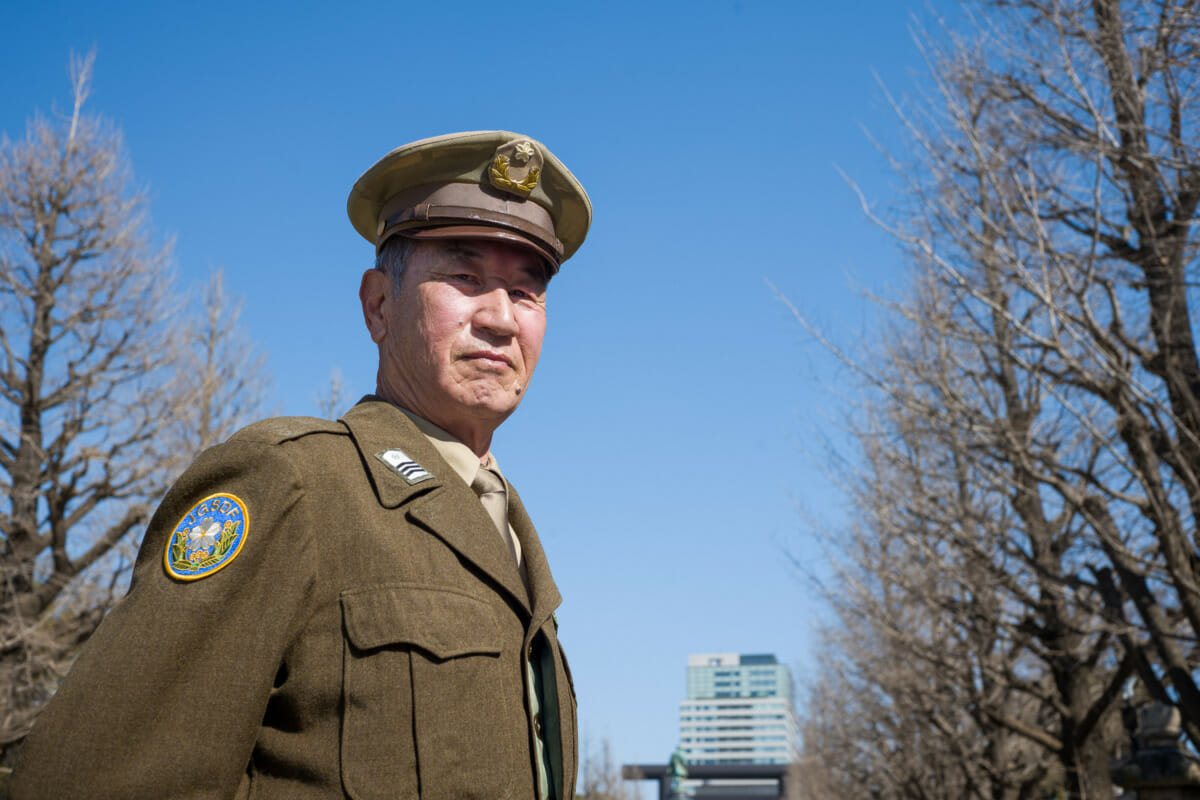