Prime Minister Koizumi’s reign is almost up, with the wavy-haired one leaving office this month. Yet it wasn’t just Koizumi’s elaborately coiffured mane and Elvis impersonations that enabled his rise to the top of the political tree. No, the Prime Minister trod the familiar Japanese political path of following in esteemed family members’ footsteps — a father who was director general of the Japan Defence Agency and a grandfather who was Minister of Posts and Telecommunications helping to significantly boost the bullish and bouffanted Koizumi’s stock. 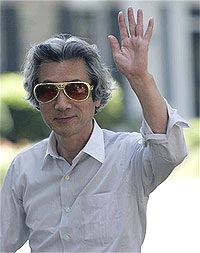 The three men hoping to become the country’s next Prime Minister are also, to varying degrees, blessed with influential in-laws and relatives. Current favourite Shinzo Abe is bolstered by a small dynasty of high-ranking dignitaries — his father once being secretary-general of the all-powerful Liberal Democratic Party, and his grandfather former Prime Minister Nobusuke Kishi. Credentials that more than make up for his conservatively combed crop. 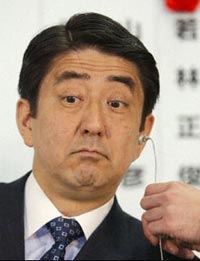 Behind Abe in the polls is Taro Aso, whose formidable family connections could well help turn things around. Like Abe, Aso’s grandfather also held the top job, but he manages to trump his rival due to his wife’s father having also been Prime Minister. And if that’s not enough, his younger sister is married to Prince Tomohito of Mikasa, meaning it was no gallant rise from poor plebeian to powerful politician for Mr Aso. A situation that perhaps explains his arrogant appearance and routinely caustic comments. 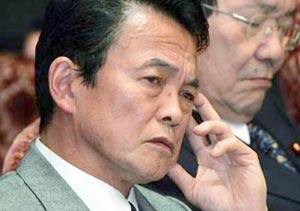 Bravely challenging these two political powerhouses is Sadakazu Tanigaki, a man whose father was Minister of Education, and, well, that’s about it. Giving him plenty to shout about in some circles, but not in the higher echelons of Japanese politics.

However the alleged size of ‘tripod’ Tanigaki’s presence in certain quarters appears to at least give him something to smile about.