Dolls sometimes have a very visible role in Japanese culture, such as on Girls’ Day (Hinamatsuri), when they are shown both at home, and in public. There are the far more common kokeshi too. So, with this in mind, it’s perhaps not surprising that they are considered more important than other toys or ornaments. Similarly, after being a treasured companion during a child’s upbringing, or on display in the home for many years, simply throwing them away when they aren’t wanted anymore is hard for a lot of people to do. They are reminders of the past, and for some, the dolls are also thought to contain memories, or even have souls.

Hence then the popularity of ningyo kanshasai, which are performed at Shinto shrines, and ningyo kuyo at Buddhist temples — ceremonies that purify the dolls, as well as allowing the owners to say a final thank you and goodbye. 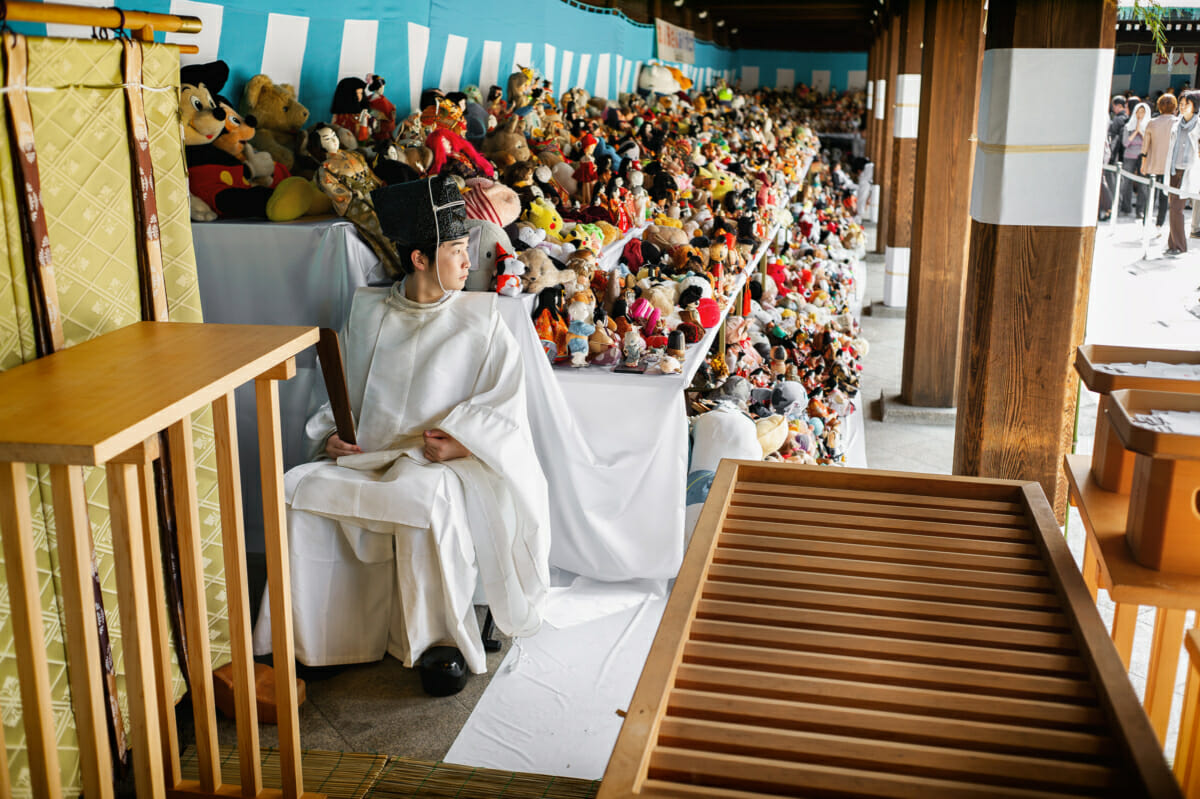 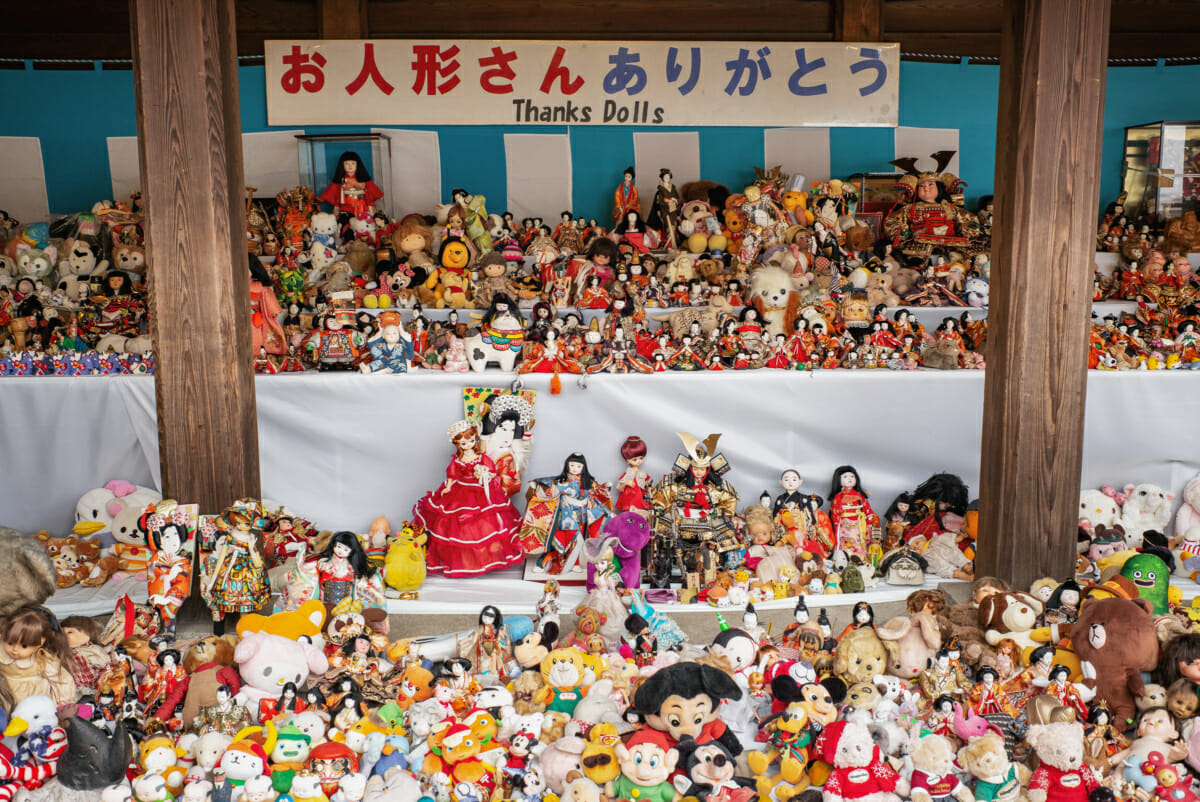 At a recent ningyo kanshasai held at Tokyo’s Meiji Shrine, this meant a huge amount of departing dolls were carefully put on display before being disposed of. 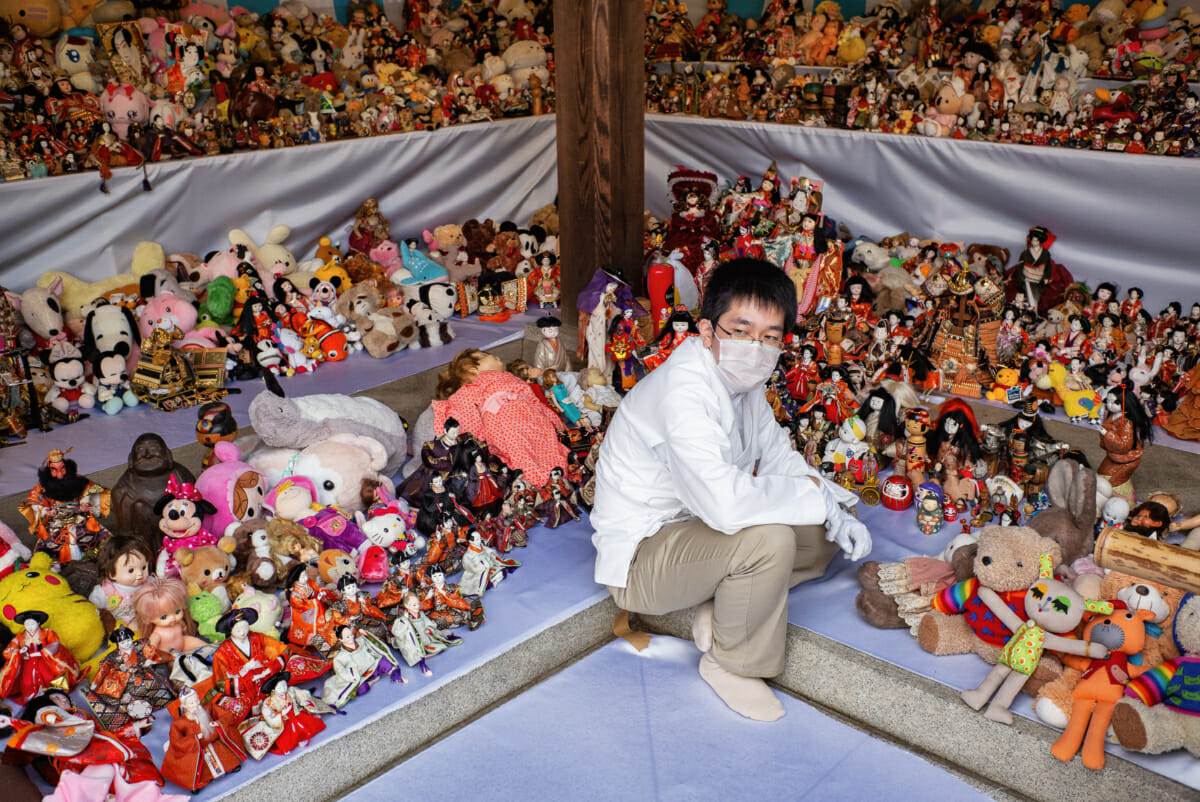 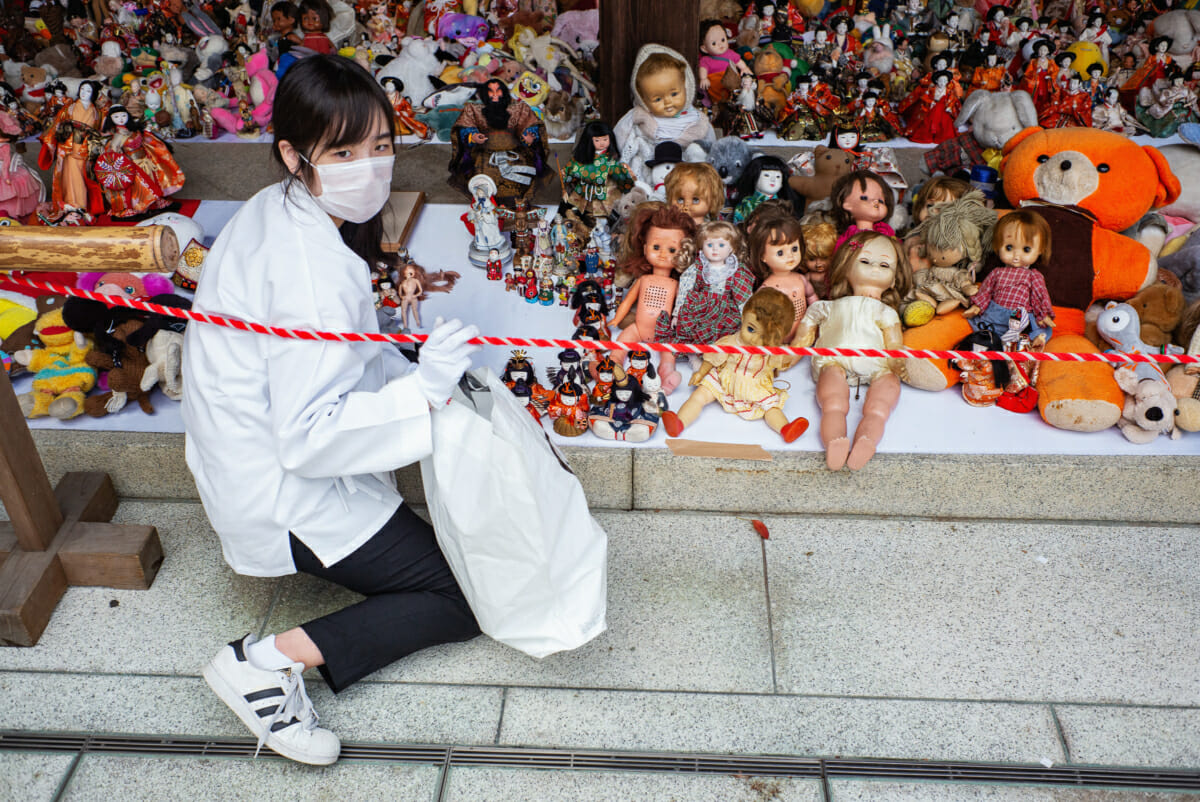 A staggering array of figures that was intriguing, and at the same time, more than a little unsettling. 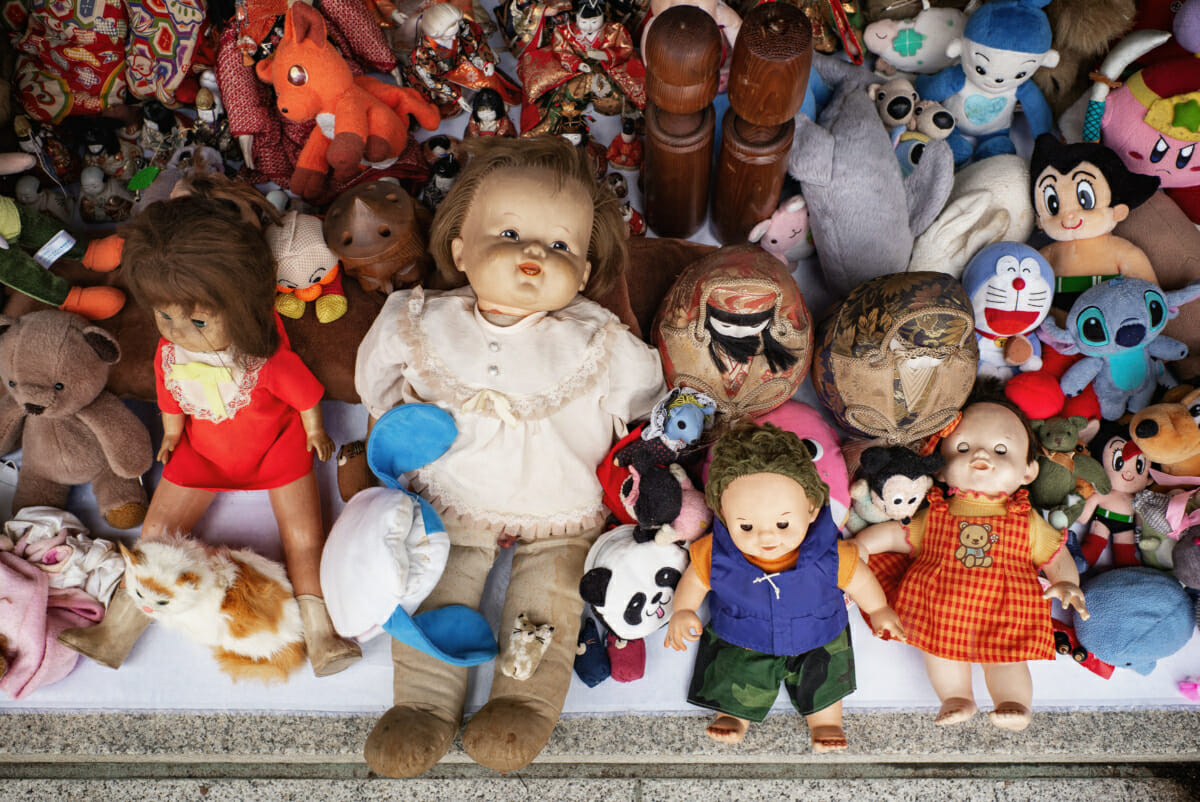 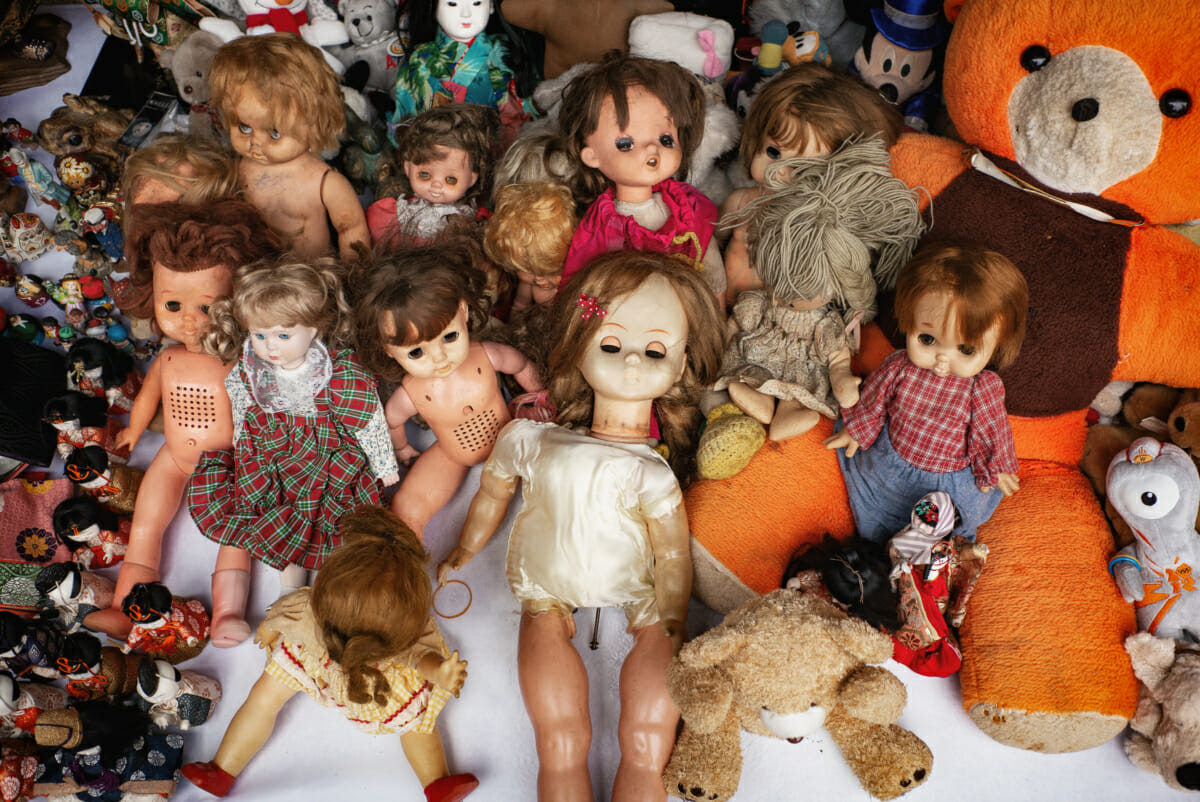 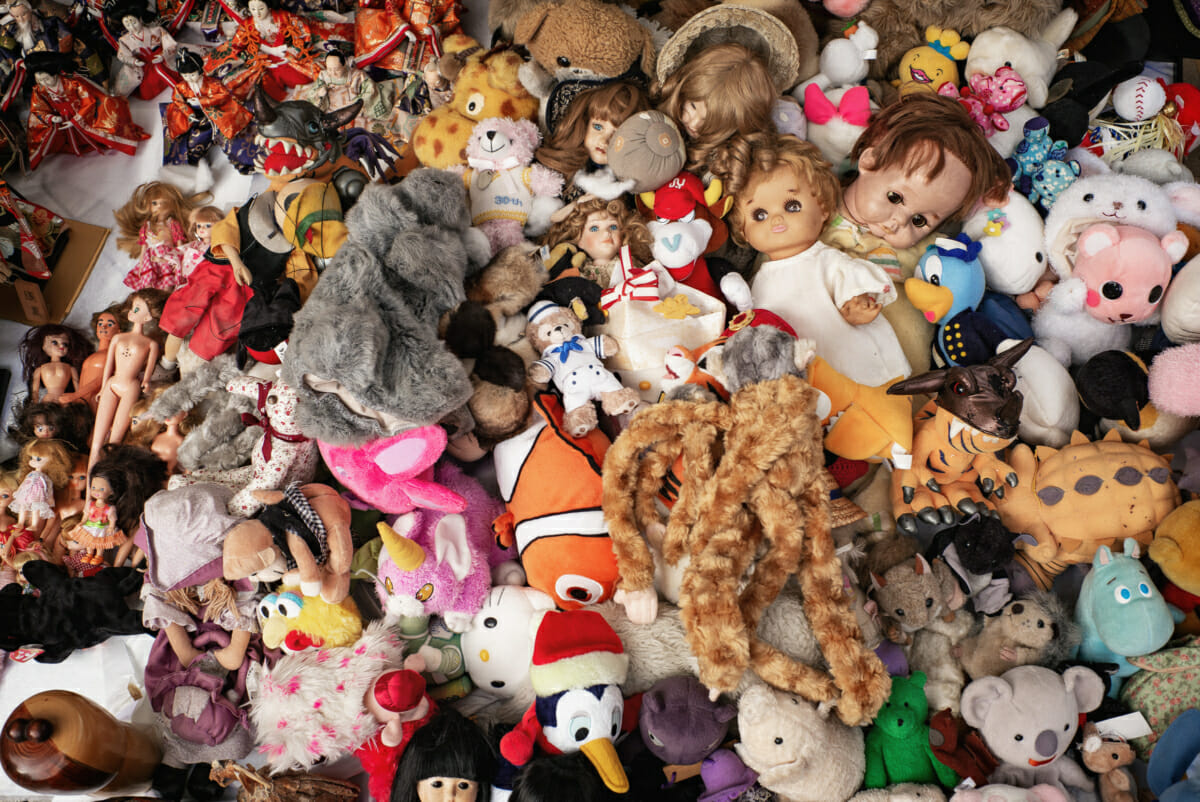