Despite her somewhat advanced age in youth-obsessed Japan, model, actress and all-round celebrity Norika Fujiwara has still managed to cause a media melee of sorts with the announcement of her upcoming marriage to comedian Tomonori Jinnai. After something of a whirlwind romance, the pair are expected to tie the knot early next year, with speculation already rife in regards to what the 35-year-old former beauty queen will wear on her big day.

Many pundits it seems expect Fujiwara-san to opt for a simple and relatively traditional white outfit. 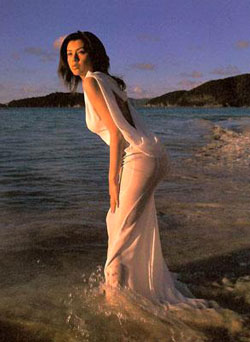 Others however are predicting a more rebellious and risquÃ© approach, quite possibly in red. 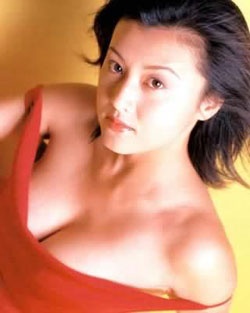 Whilst a few have even suggested something completely different altogether, with bold and black rather controversially being banded about. 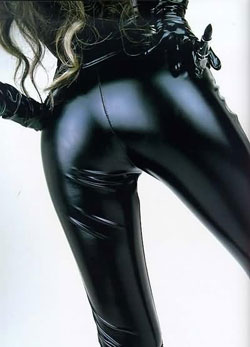 Her husband-to-be on the other hand will probably wear a suit.