After the death of the elderly Ling Ling in 2008, Tokyo’s Ueno Zoo was without a giant panda for the first time since 1972 — leaving the city’s vast black and white bear-related paraphernalia industry very much in the lurch. However, with two new arrivals last year, production has once again gone into overdrive, and it’s no surprise at all that pachinko has also got in on the act. But, with pandas practically everywhere, some passersby are clearly unimpressed with such kinds of promotion. 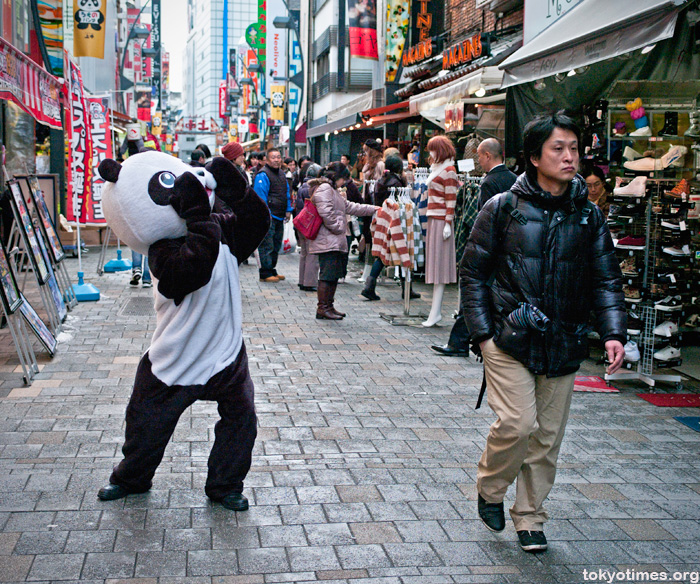