Aimed to coincide with Monday’s Coming-of-age Day, actress Satomi Ishihara has been named ‘Best Pearl Dresser’ among 20-year-olds for 2007. An award in no way designed to blatantly promote a product, but instead to celebrate the beauty of Japanese youth. 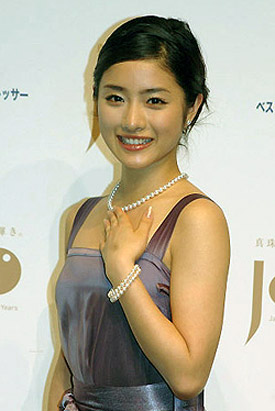 Not only that, but the prestigious prize it seems has already boosted Ishihara-san’s popularity, with a long line of fans frantically fumbling for their fit to burst wallets and offering to give the young actress as many pearl necklaces as she wants. 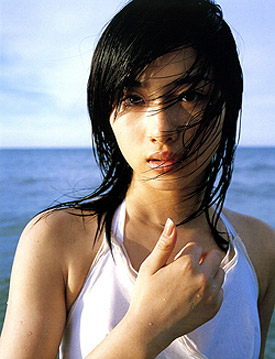