Presumably due to the high cost of land in the Japanese capital, and the lack of lots left available, Tokyo’s playgrounds can be sorry sights to say the least; a trait that also seems to be socially acceptable in Japan’s second city, Osaka.

Still, a pitiful place is arguably better than no place at all, and here at least the area’s youngsters have something to climb on, as well as somewhere to sit after a fun five minutes or so. 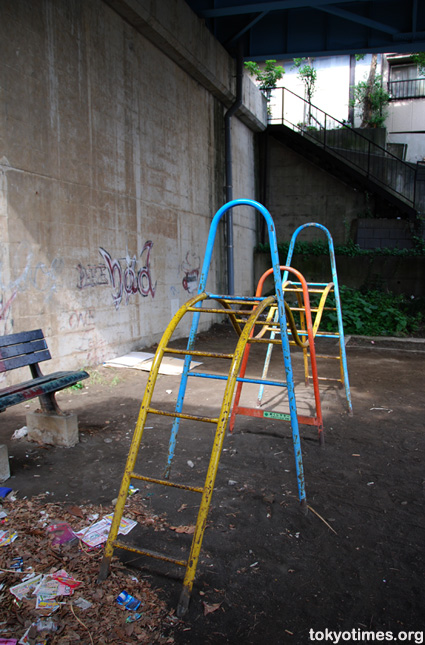 There’s even a sandpit too, although one’s bucket and spade is probably best left for the beach. 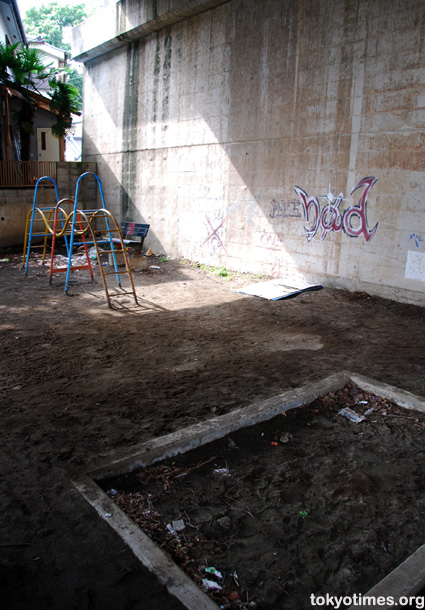 And, should it rain, the area is also conveniently covered, with the trundle of traffic from above a mere trifling trouble. 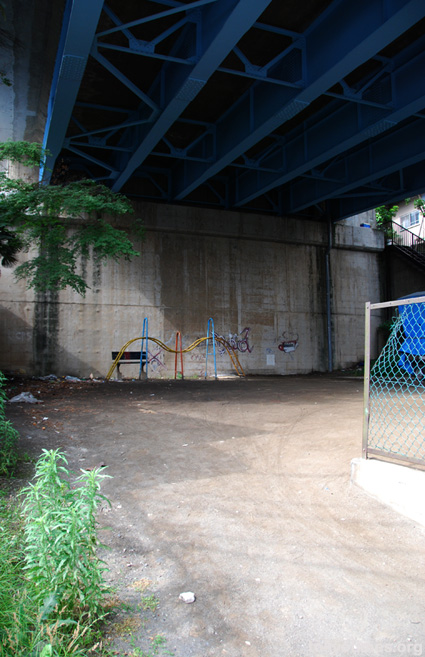