Despite Japan’s previous Prime Minister, Taro Aso, being a Catholic, the general consensus seems to be that Christians only make up around 1 percent of the population — a lowly figure that, over the Christmas period at least, a few of the few try to boost by the careful placement of some placards. 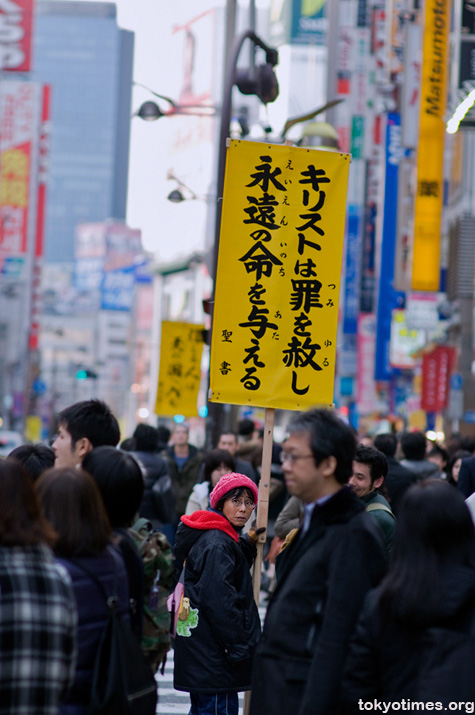 But that said, prompting people to reflect upon or even repent their apparent wrongdoings in Shinjuku, where carnal sins and consumerism could almost be classed as compulsory, would be no mean feat indeed. 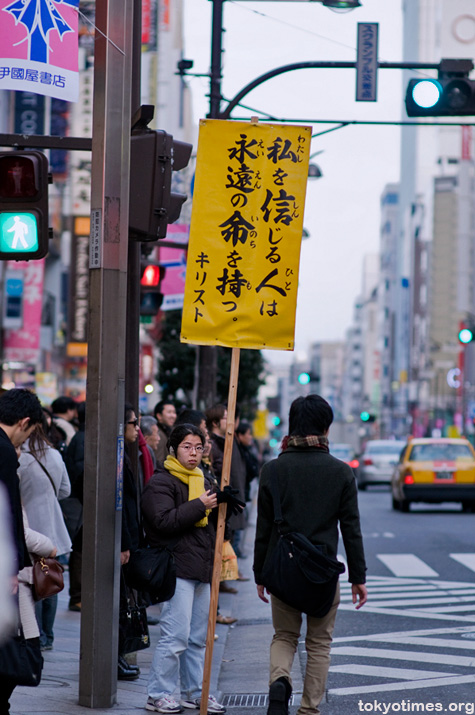