As the weather gets ever warmer and summer doesn’t seem so far away, the odd damp and depressing day definitely doesn’t dishearten people like it would have in the middle of winter, with some now even uncharacteristically not worried about getting wet, 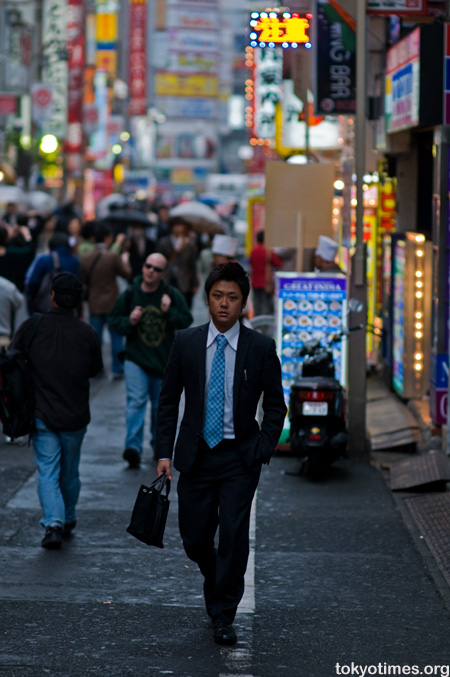 allowing them the chance for a good look around and even a laugh. 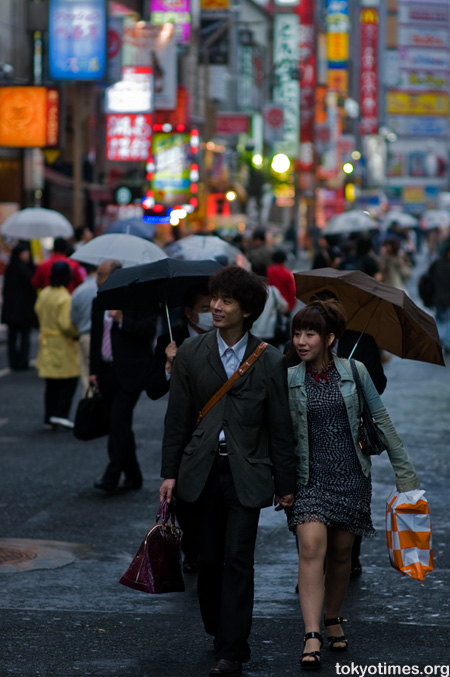 Although that said, one or two Tokyoites still seem to be decidedly delirious about being dry, 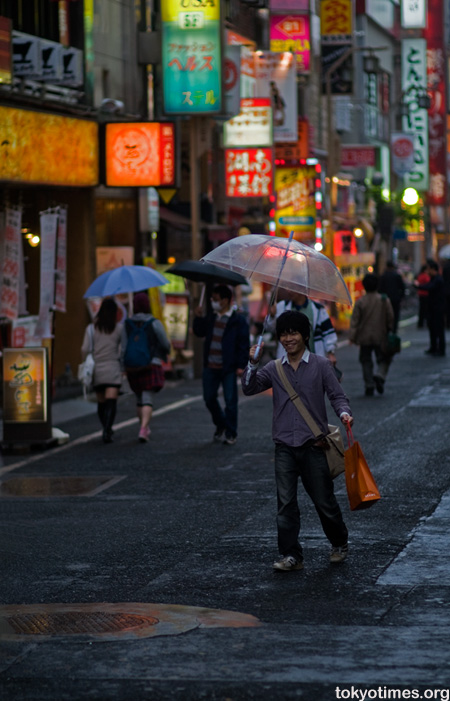 while others look to make the most of not carrying an umbrella with some off-the-cuff canoodling. 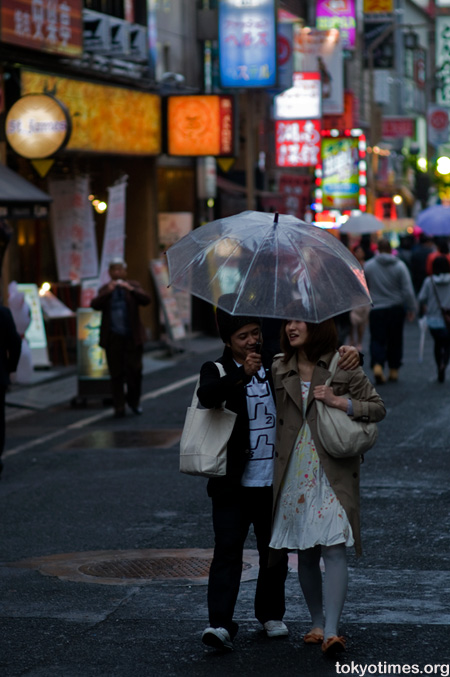 But, as ever, one person’s idea of fun is another’s frustration, and this young woman is certainly having loads of the latter, 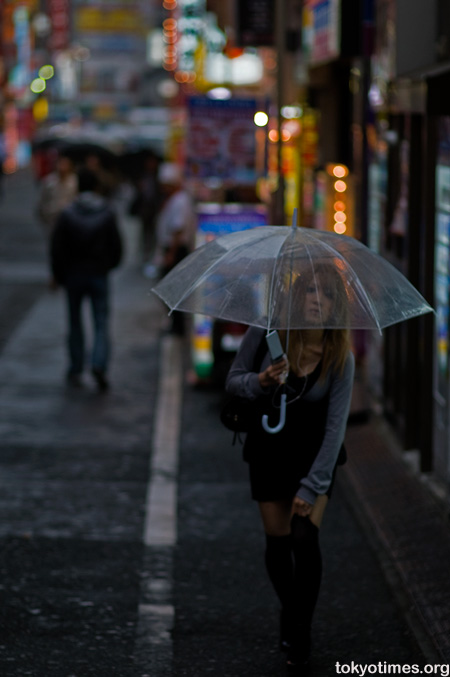 and far from any of the former. 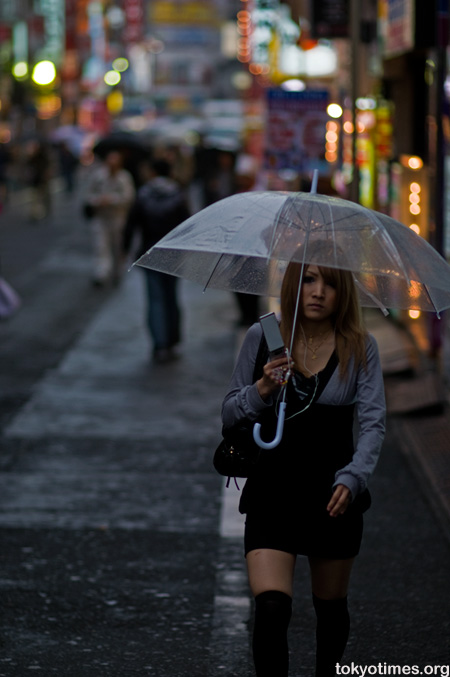 In a similarly random vein, a bit of site news now as, after being readable by RSS for a while now, Tokyo Times is currently trying to tackle Twitter which, should you want to, can be seen in all its simplistic glory here.