Unlike long vacant homes and schools, abandoned hotels tend to contain very few reminders of the people who worked or stayed in them. And the Tower Hotel, which can be seen here, was no different, with room after room of faded hope and lost guests.

Except one that is, as tucked away in a dark corner of the building was a space once occupied by Kanbe Tadashi. 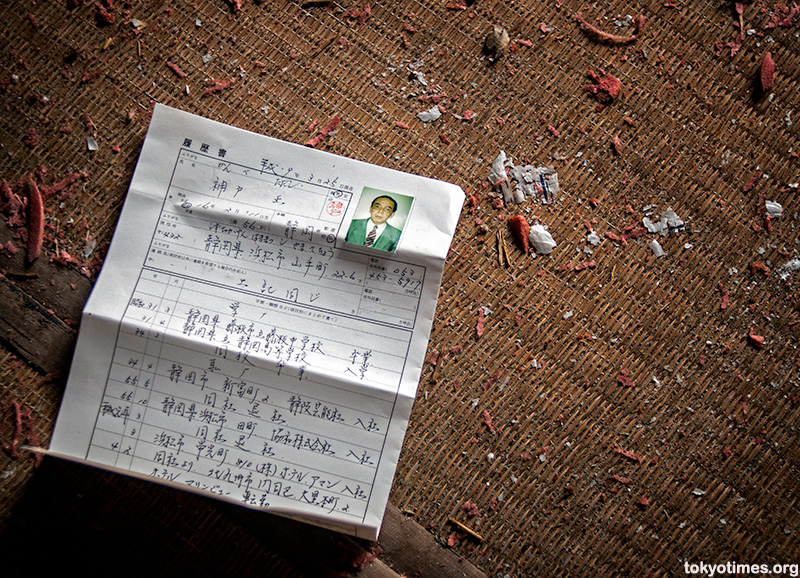 Whether he was actually living there it’s hard to say, but judging by all the stubbed out cigarettes, it’s a room where he certainly spent a good deal of time. However, with the hotel closing, finding a new job at the very least would have been a necessity. An undoubtedly stressful time that quite likely saw him spend a lot of time sat here. Smoking heavily. And silently staring out of the window. All the while wondering where he would end up next. 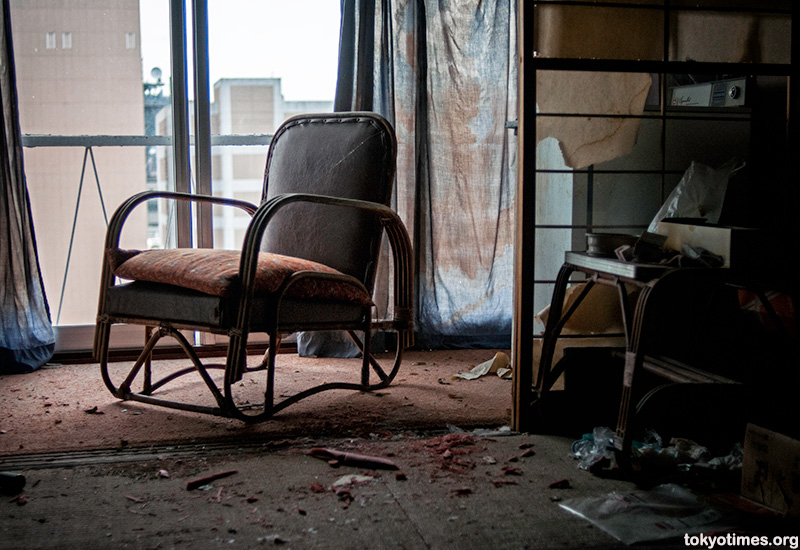 Perhaps sometimes looking at his reflection in the mirror too. Each and every time dealing with the horrible realisation that he wasn’t getting any younger, and work would be increasingly difficult to come by. 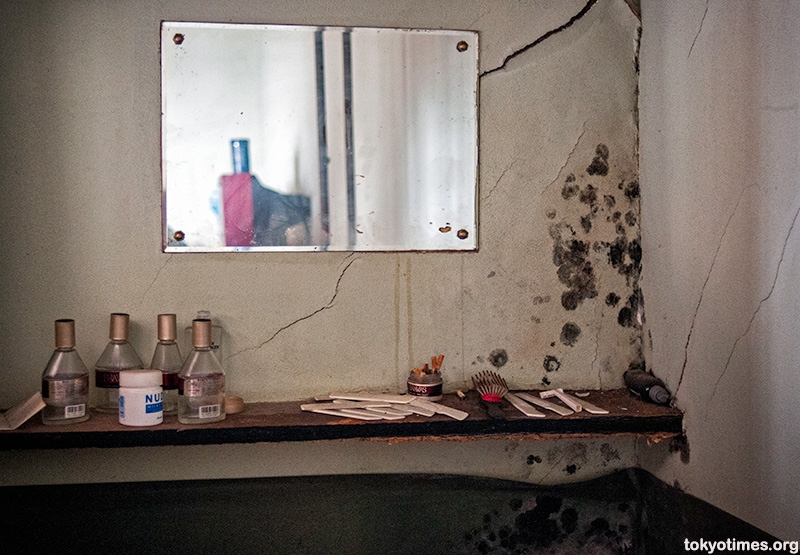 But, with interviews hopefully beckoning, and future work of some description in the service industry ahead, leaving several of his suits behind doesn’t seem to have made any sense. Clothes that appear to hint at an ending of sorts, but an end to what it’s impossible to say. 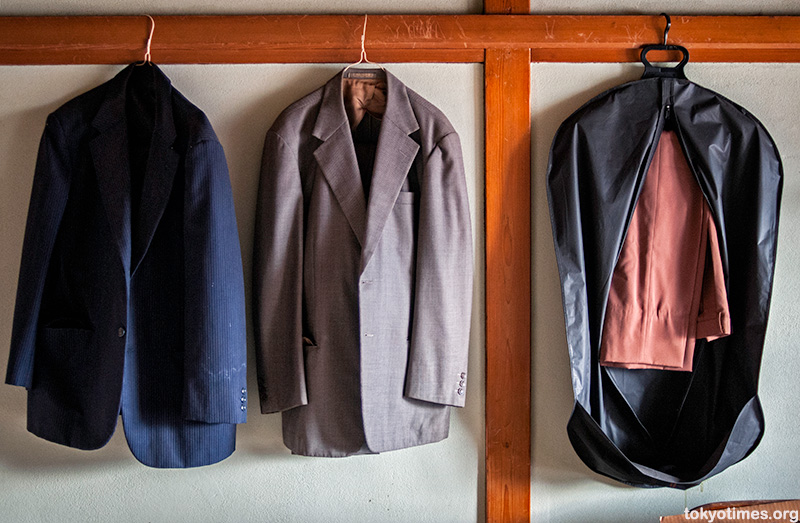