Tokyo may still be one of the world’s most expensive cities, and the Japanese capital’s capitulation to luxury goods like Louis Vuitton shows no sign of abating; however for a growing number of residents, the double whammy of protracted recession and rigorous restructuring means that a post-redundancy riverside retreat may turn out to be considerably less sumptuous than it sounds. 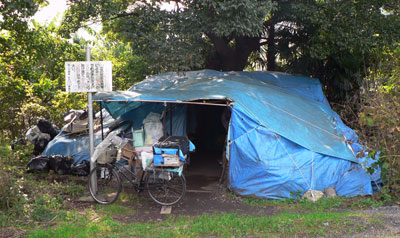 A relatively reasonable view, no neighbours, 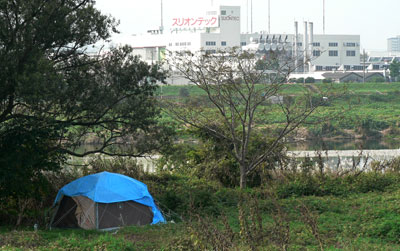 and a sizeable vegetable garden being the only advantages. 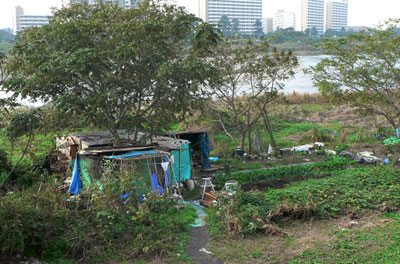 If indeed you can class them as such.