An awful lot of Japanese zoos leave an awful lot to be desired, especially the small, half-arsed affairs often found in parks, or even the compounds of castles.

And so, with this in mind, although I’m not for one minute suggesting that this fella deserved to be clawed down and quickly devoured by the capybara and his companions, but a naughty little nibble, or at the very least a sudden and unexpected move by the resting rodent, would have been more than a little satisfying to say the least. 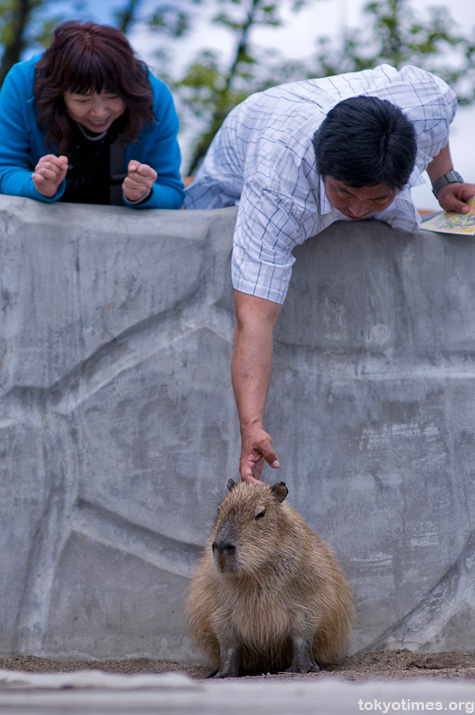