Despite Japan’s declining birthrate, the government confirmed this week that Tokyo’s population has reached a record high of over 12 million. 12,378,974 to be exact.

Thankfully the city’s extensive train network should still be able handle the extra numbers. There’s still plenty of room to squeeze a few more in. 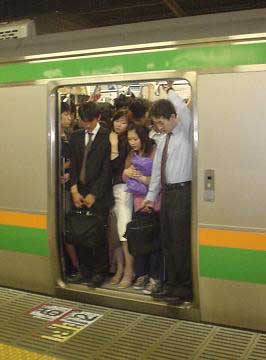