Part of an advertisement campaign for a job aimed at men with a few spare evenings free.

Now call me cynical, untrusting even, but an ad like that would make me a little cautious to say the least, especially as it went on to boast, â€œDating with rich, quality women is your job.â€ Yet amazingly around 10,000 men applied, happily coughing up over 30,000 yen (150 pound) each in application and introduction fees — which could arguably be viewed as a rather odd procedure, considering the supposed wealth of the women they’d soon be dating. Still, with earnings of 30,000 yen for a few hours out on a date, or up to 70,000 for taking the trouble of spending the whole night with the lucky lady, they’d soon get their money back. Plus more on top, so to speak.

And so they all promptly paid up, netting the four companies running the scheme over 300 million yen (1.5m pound). Yet none of the men got a single date with a woman of any quality, as it was all a big scam. Can you believe that? By being sent pictures of prospective ‘dates’ which were either shots of the female phone operators hired by the fraudsters, or cut from magazines like this one, 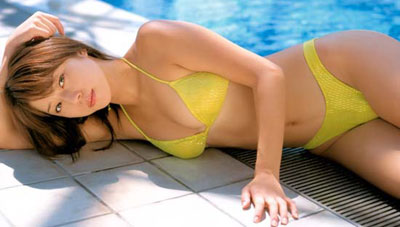 the men’s minds were obviously clouded by their desire to help out these wealthy and well balanced women; who due to reasons unknown felt the need to pay out large sums of money to date — and possibly sleep with — random strangers.

And to think that these sympathetic salary men were conned by unscrupulous individuals intent on benefiting from such benevolence; the chief perpetrator apparently being 49-year-old Noriyuki Sato, who has thankfully been arrested for fraud.