A Maritime Self-Defence Force (MSDF) member has been arrested for the bizarre crime of abusing a lower-ranking colleague who refused to have his hair permed.

The unnamed 34-year-old at the centre of the scandal allegedly told a younger member to “get a short perm.” But being both rebellious and presumably fashion conscious, the 20-year-old refused, and instead opted for a more up-to-date and manageable short haircut.

This decidedly uncurly crop sent the perm loving and rather appropriately ranked petty officer into a rage, and he forced his short-haired colleague on to his knees whilst pointing an airgun at him.

Not surprisingly a complaint was registered, with an MSDF official commenting that, “After we confirmed the details, we decided to arrest him because we believe what he committed was vicious.”

Whether this was in reference to gun pointing or perm ordering wasn’t disclosed. 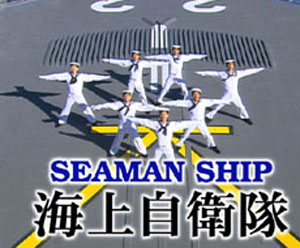