On Monday, the Kanagawa Prefectural Government deemed the hugely popular Grand Theft Auto 3 a harmful publication, and promptly submitted a report to the prefectural authorities to ban sales of the game to those under the age of 18.

This is an unusual move in itself, but even more so considering it comes over 18 months after the game’s Japanese release, and 350,000 sales down the line. A decision that immediately brings to mind the words, horse, stable, and long since bolted. Especially as the game’s two (arguably more violent) sequels were not even mentioned in the report. 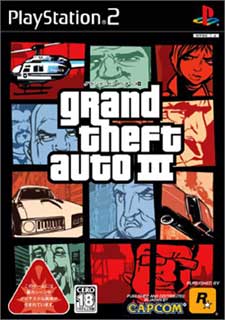 Despite this ludicrously late response, the resolution could potentially have long lasting effects, as it is the first game in Japan to be designated as a harmful publication due to the violence it depicts; with members of the child welfare council claiming it has the â€œpotential to induce youths to feel like doing something cruel.â€

The decision has understandably had a mixed response, but Akio Mori of Nihon University is especially pleased. The author and teacher saying, â€œThere’s no doubt young boys’ brutal incidents have been caused under the influence of violent games. We should restrict sales of games in which splattering of blood is commonplace.â€

Young lovers of such games living in Kanagawa need not worry too much though. Even if the sale of Grand Theft Auto 3 becomes restricted, a quick trip to nearby Tokyo will easily solve the problem. Plus there’s still the huge amount of extremely violent and sexually explicit manga to peruse. Which can be conveniently purchased just about anywhere, by just about anyone.