When it comes to lunchtime at work, some people like to sit and read the newspaper, while others would rather eat out. But this young fella prefers to take his drum to the incredibly busy Yoyogi park and hammer away on it for all he’s worth. 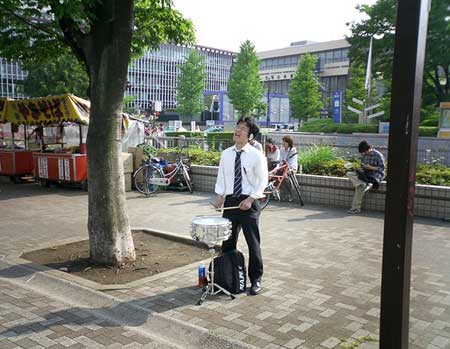 But this music loving salary man wasn’t just content with playing the drums. He was singing too. Although I use the word singing rather loosely. Now I’m not in any position to criticize others for their vocal ability (as those who have witnessed one of my rare performances in a karaoke box will testify), but his efforts were truly appalling. And as you’ll notice from the picture, he was wearing headphones, so he obviously had no concept of volume. He mustn’t have done, as he was loud. Excruciatingly so.

But if nothing else, there was no shortage of passion. So for the big finale, take it away maestro! 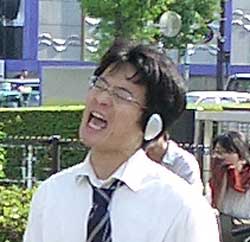