In an act that simply beggars belief, a mid-ranking employee of electronics giant Sharp has been arrested for pouring his own excretion over a stranger.

It appears that 39-year-old Kazumasa Kurimoto took the trouble of carefully collecting his excreta in a plastic bottle. Then inexplicably he went out in his car, driving up behind an unsuspecting female victim and emptying the contents of the container over her. He then sped off; leaving the poor woman in a state that simply doesn’t bear thinking about. 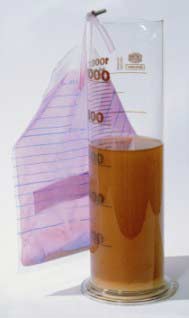 Fortunately an eyewitness took note of the discharge devotee’s number plate, which eventually led to Kurimoto’s arrest. Under questioning the section manager admitted to the allegations, attempting to explain his behaviour by saying, â€œI did it for fun.â€

With fourteen similar cases in the area remaining unsolved, it appears Kurimoto-san may have been enjoying himself a little bit too much of late. Although as of writing he hasn’t confessed to any other excreta related incidents.