Today I was lucky enough to witness something I had previously only ever seen on TV. A man (presumably a Shinto Priest) praying underneath a waterfall.

Now whilst not the biggest waterfall in the world, as you can see from the picture below, there’s snow on the ground. Plus it’s situated halfway up a mountain, so I don’t need to stress how cold it must have been. 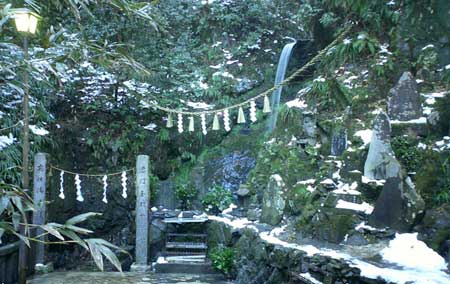 Unfortunately access was blocked and I couldn’t get very near. But having said that I guess it’s fair enough, as in the unlikely event of me trying something similar, I wouldn’t want a crowd.

Once under the water the hardy young man did a lot of shouting/praying. And after a few minutes (yes, it wasn’t a quick dash in and out) he emerged to gave a final and hearty Thank you very much to whichever god(s) he was praying to. 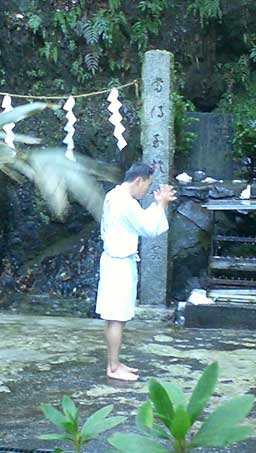 I would liked to have asked him how often he prays like this and how on earth he manages it, but he quickly darted off to a nearby building. Presumably to get himself dried off and warm. Or there again, perhaps to stick hot needles in his legs.

After what he’d just subjected himself to, who knows?