Tucked away on an Izu hillside overlooking the Sagami Sea, the Okawa Seminar House, presumably once bustling with students and lecturers alike, is now not only silent, but slowly disintegrating. 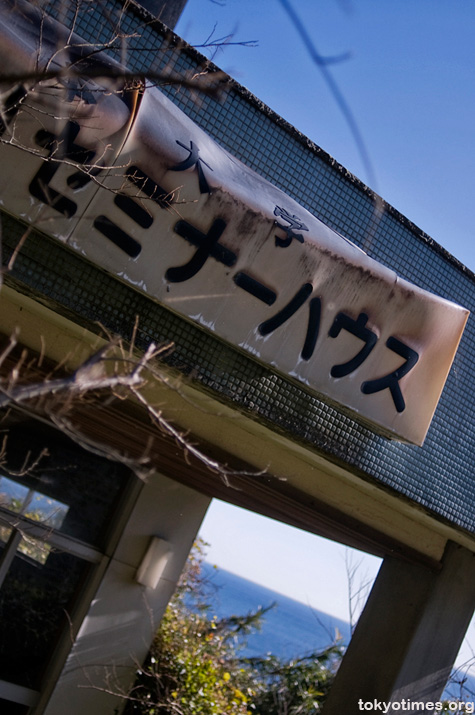 But thankfully not enough, at least as far as the latter is concerned, to erase the signs of its one-time owner, Tokyo’s Nihon University — reminders of which are randomly dotted around the somewhat deceptively large complex. 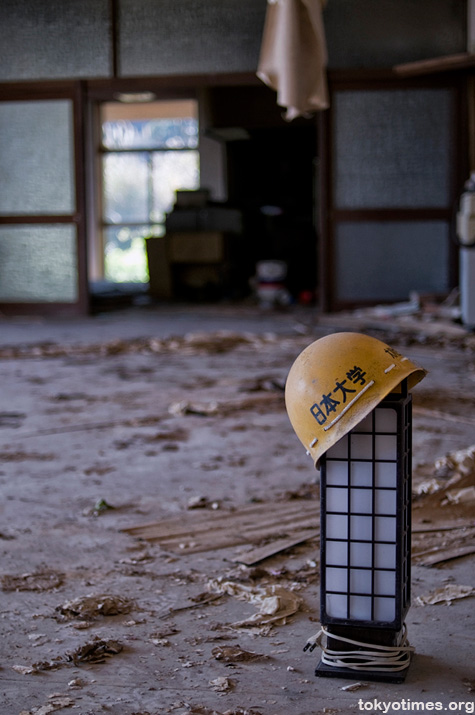 However, why the facility closed its doors and said no to more seminars isn’t clear, and it’s arguably rather strange, at least considering the state it has been left in, when one considers that the University is the biggest such institution in Japan, boasting a colossal 68,000 undergraduates. Yet nevertheless close it did, and calendars along with long unread notices suggest that it was the best part of two decades ago when it did.

A situation that means the building’s numerous rows of desks have been silently sitting unused for an awfully long time. 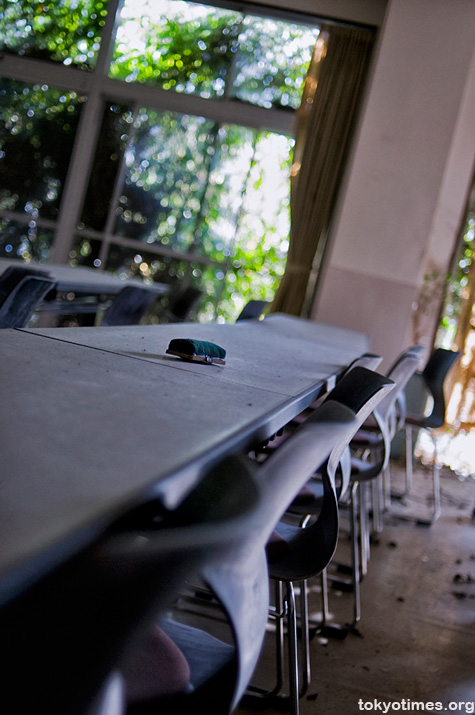 And the blackboards are now only covered in grime, 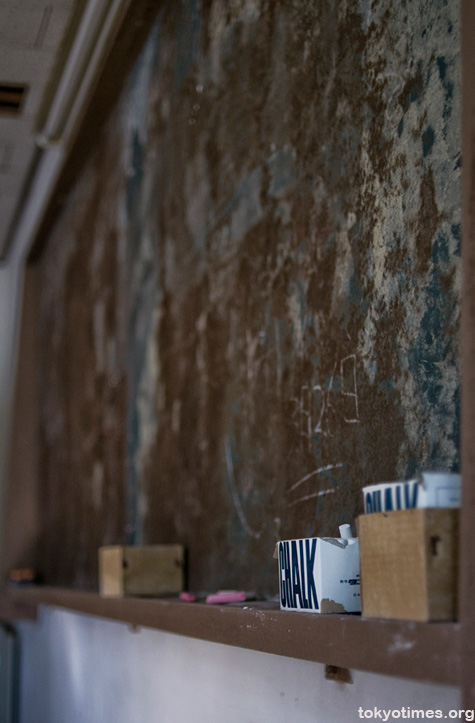 or the names of groups. 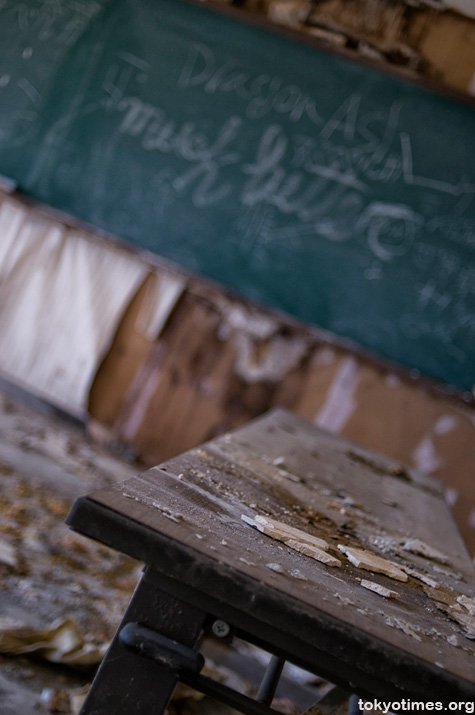 Plus, away from the confines of academia, the games room is equally ghostly. 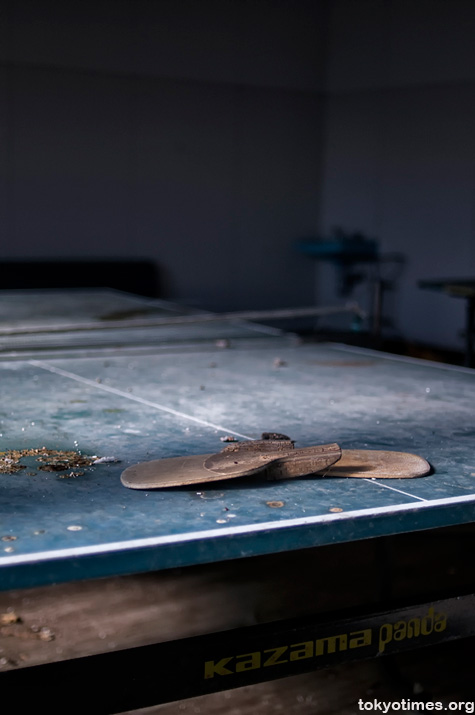 Leaving the corridors free to be roamed alone, with once locked doors no longer a problem. 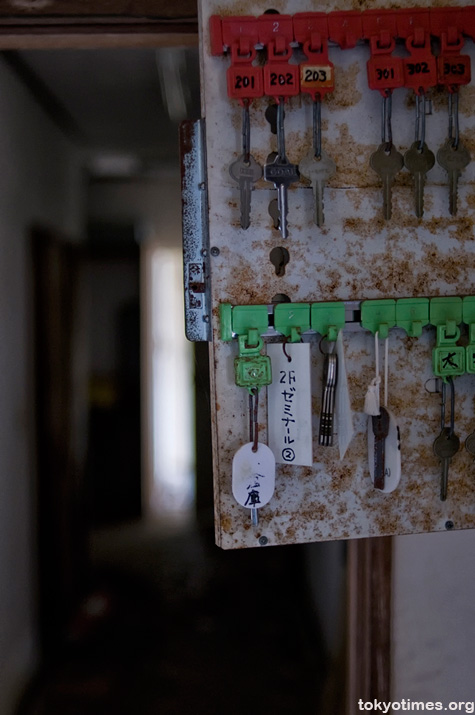 Meaning plenty of rooms to peruse. 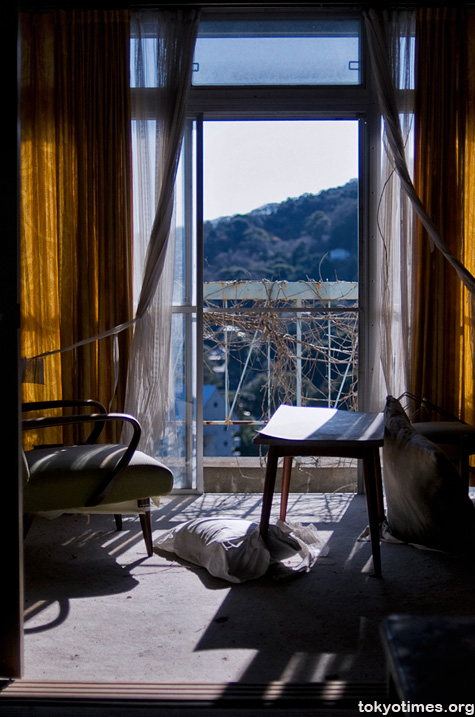 And the odd piece of apparatus to ponder. 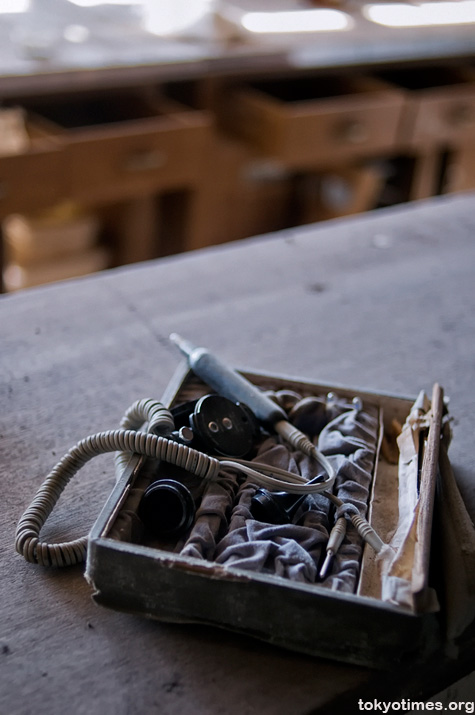 Although a fire, unfortunately, 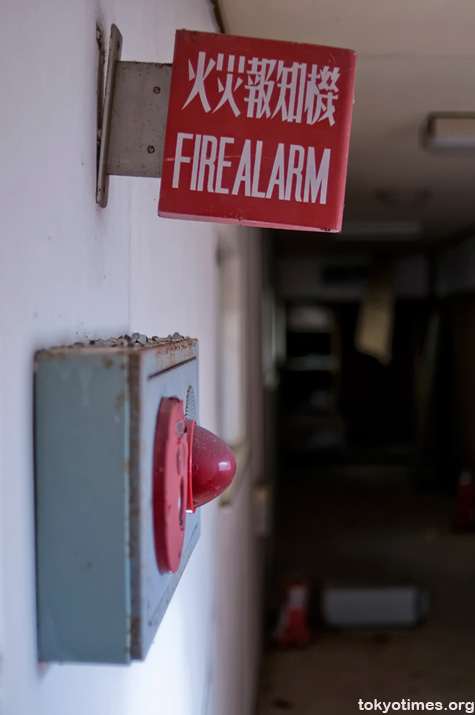 would pose much more of a problem. 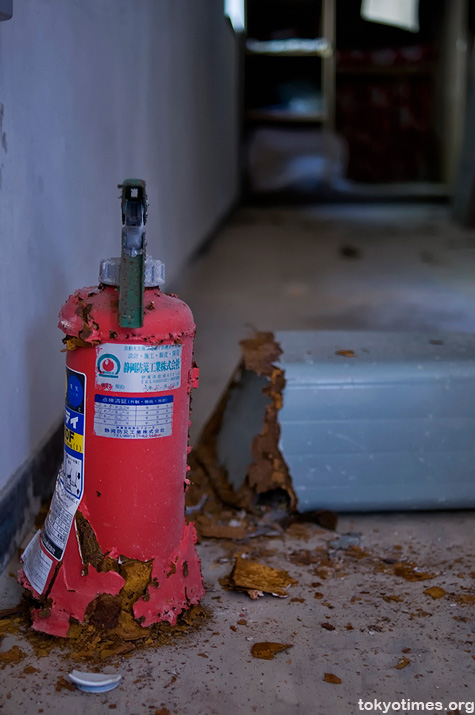 But in time even that will be irrelevant, if in fact it isn’t already, as nature is slowly, 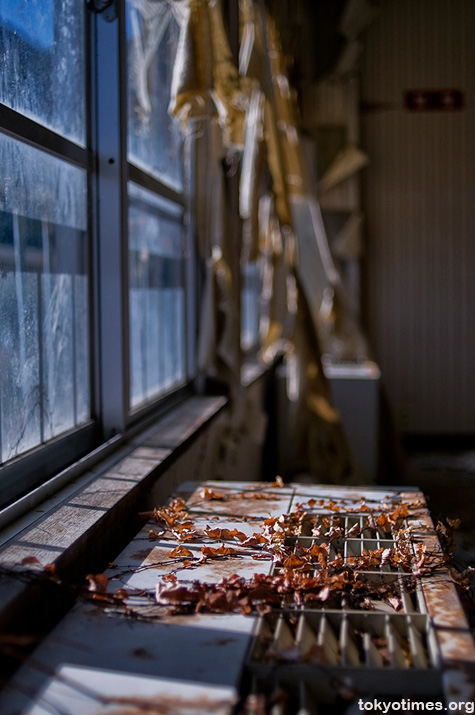 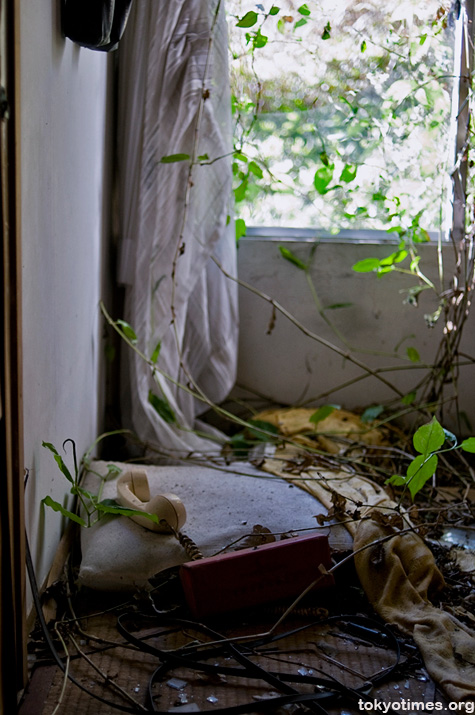 taking back the building. 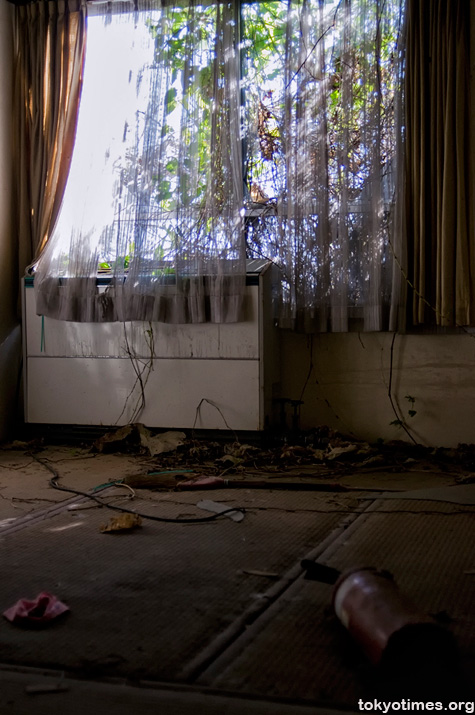 Next week, in part 2, I attempt something a little bit different, and take a close and concentrated look at a single piece of furniture found in the office.