Apart from the photography aspect of it, exploring abandoned buildings/haikyo seems to offer different things to different people, and whilst the actual structures and especially the decay they undergo are invariably quite interesting, for me personally, it’s the little details and the private possessions left behind that are by far the most fascinating; items that often give hints about a person’s interests and tastes, possibly even their name — all left behind, and left untouched, sometimes as though it was only yesterday, creating strangely personal (and yet at the same time somehow impersonal) historical artefact of sorts.

A semi-decent example of this being a desk in the Okawa Seminar house, photographs of which can be seen here in part 1. 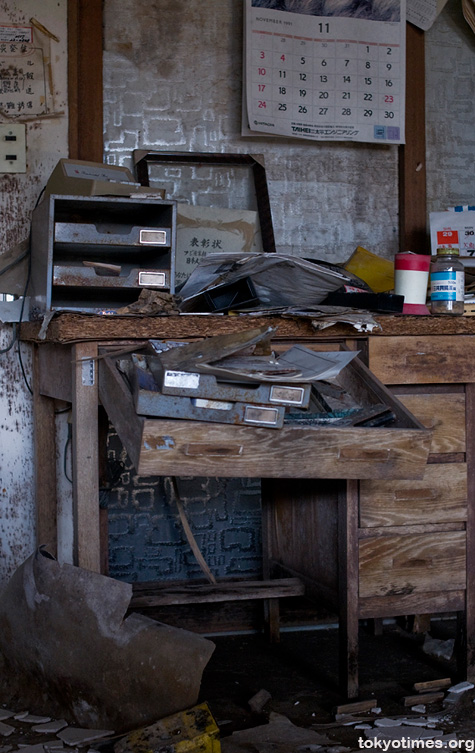 Presumably once belonging to the facility’s manager, it almost certainly hasn’t been sat in front of for the best part of twenty years, and yet it still feels almost used — private even. Especially so knowing that whoever held the position — and with this being Japan we can at least safely assume it was a man — unfortunately suffered from the occasional stomach complaint. 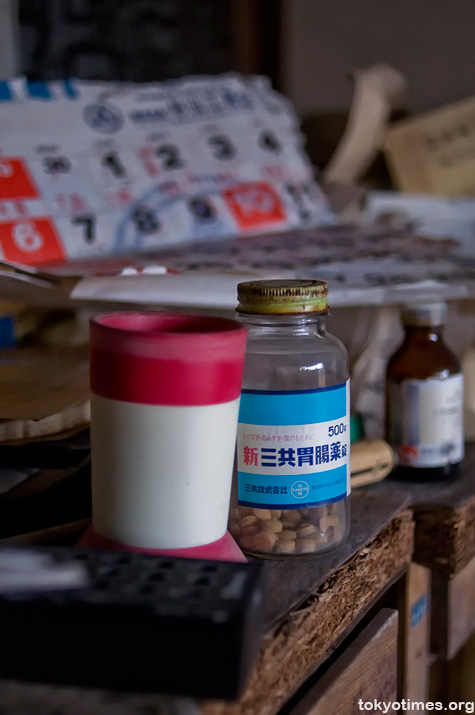 But whereas he may once have talked to somebody about it, or mentioned it in passing during a phone call, it will never happen again. At least not here. 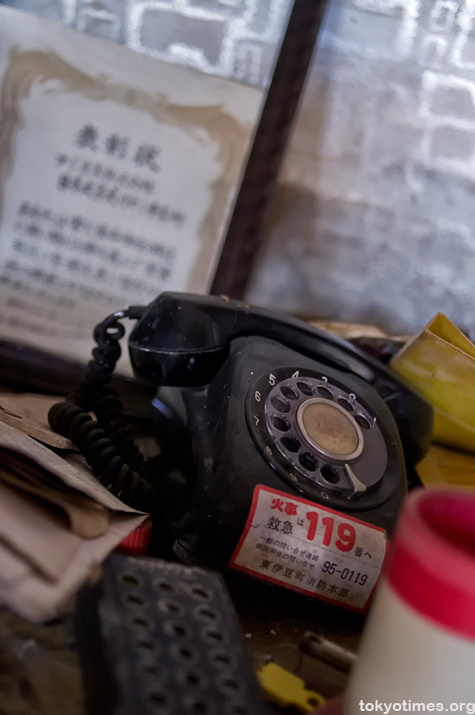 Likewise, no messages or mutterings will be relayed through to reception either. 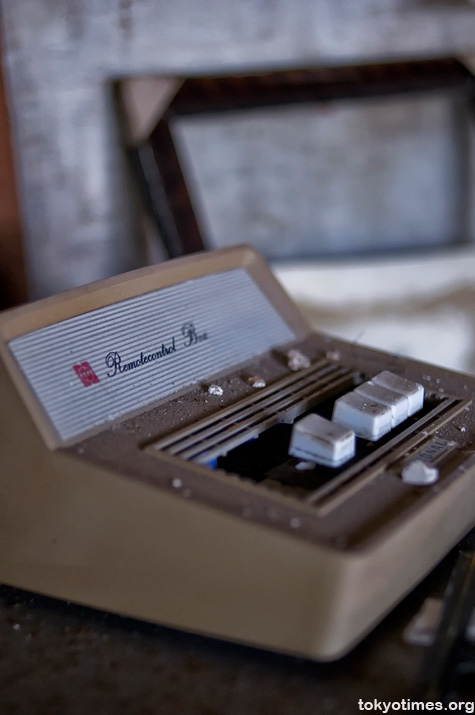 And similarly there also won’t be any talk of his other, 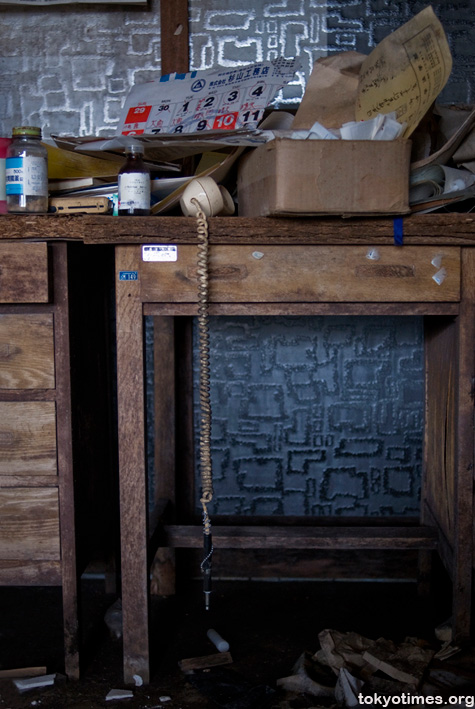 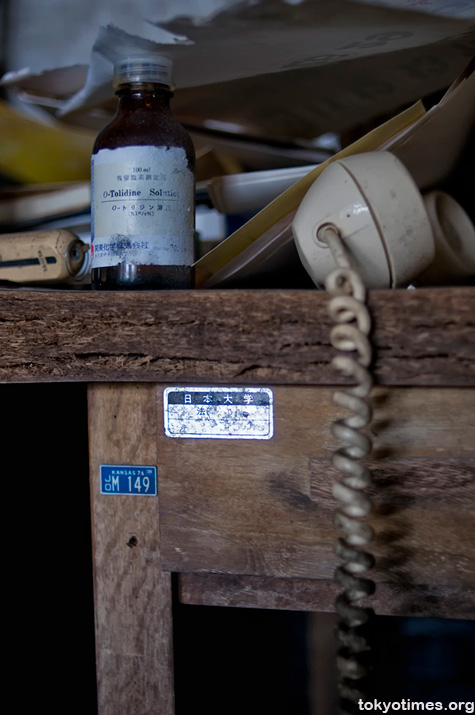 Although this somewhat incongruous Felix the Cat pencil case may, or indeed may not, have briefly kept his mind off it. 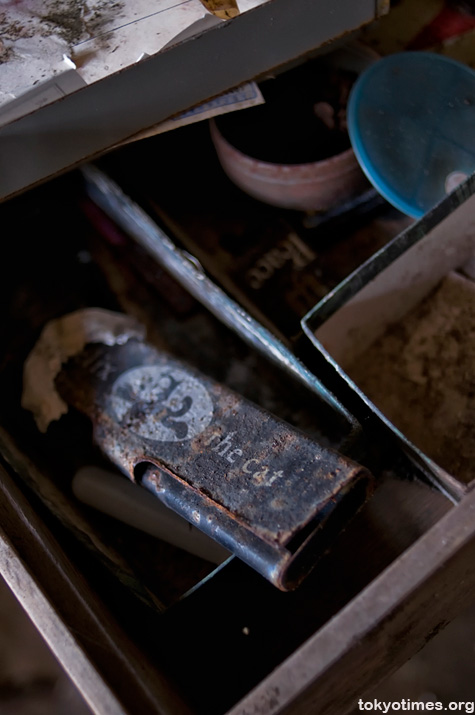