The dark jacket is perhaps a nod of sorts to conformity. The mini tache and silver hat, on the other hand, are wonderfully idiosyncratic. A man seemingly of the past, present and a 1950s inspired future. 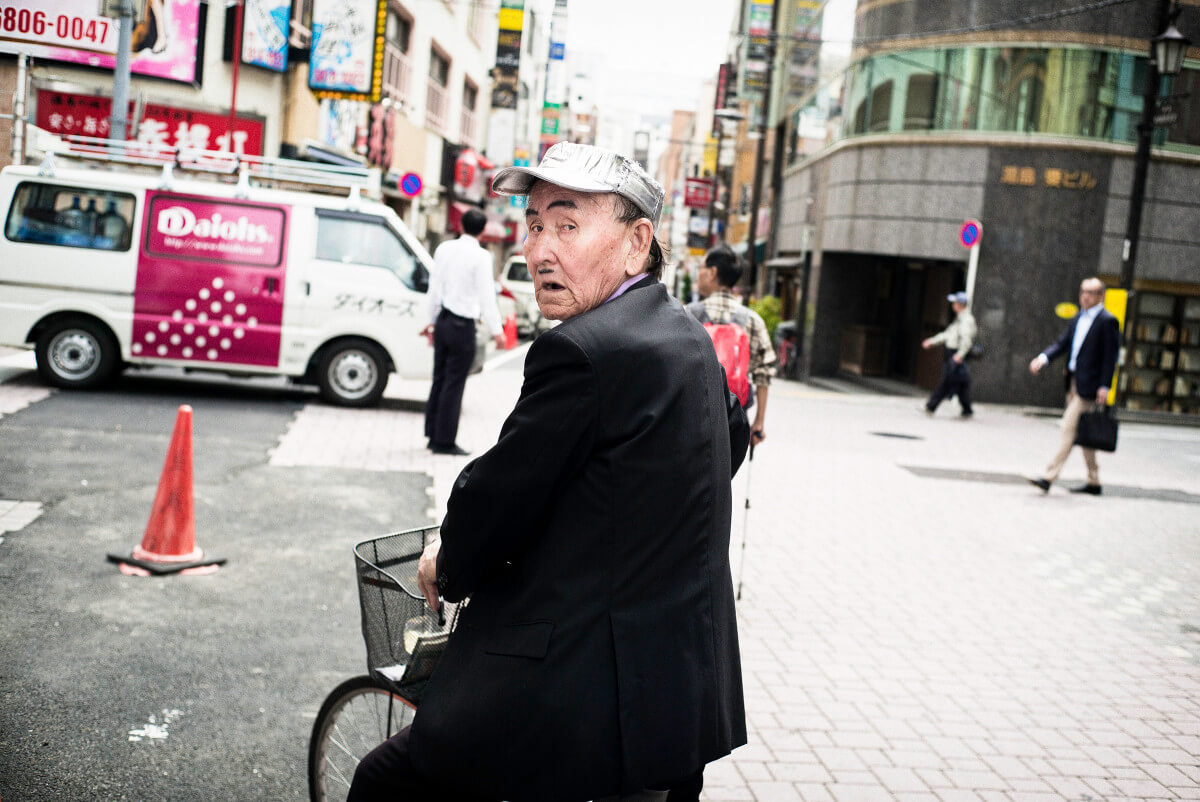