Having a pastime is always pleasant, although Hiroyasu Imura’s homage to Himeji Castle is certainly more than a mere hobby, as the 69-year-old has spent the last 19 years building a replica of the famous white-walled wonder. 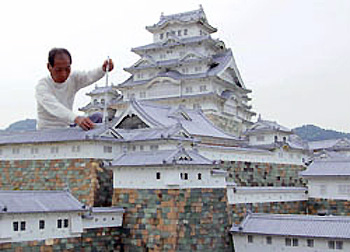 Similar perhaps to people who maintain Japan-related websites, Imura-san is undoubtedly guilty of having too much time on his hands; however as well as countless construction hours, the former insurance examiner has also spent a whopping 18 million yen (145,000 dollars) on the project.

Yet with the model matching the original in every single detail, the purposeful pensioner’s dedication to precision has been rewarded with the title of ‘Tourist Ambassador’ — an honour bestowed upon him by the Himeji Government. In fact the only person apparently not overly enamoured with the object is Imura’s wife, as she had hoped that upon its completion she’d be able to enjoy trips to hot spring resorts. But the huge number of visitors wanting to see her husband’s masterpiece has sadly put paid to that. 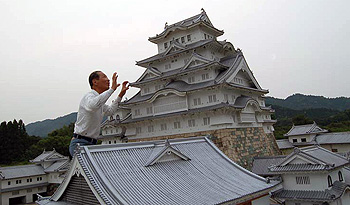 Something that is slightly surprising considering that the real castle itself is only about 3 hours away by train. 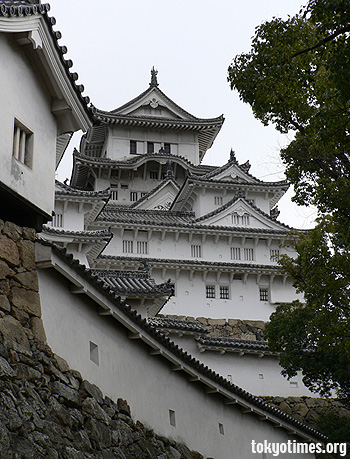