Even before this summer really started sizzling, parasol use was practically a prerequisite for many, and combined with a liberal layer of sunblock over already covered skin, it’s amazing it didn’t result in a resurgence of rickets rather than just a whole load of people with complexions as pallid as the one I have to put up with.

But that said, there are still those who take it to the opposite extreme, and as if 36 degrees or so wasn’t hot enough, literally cooking on the concrete is apparently called for. The heat of which, without a doubt, would have me hauled to the hospital within half an hour. 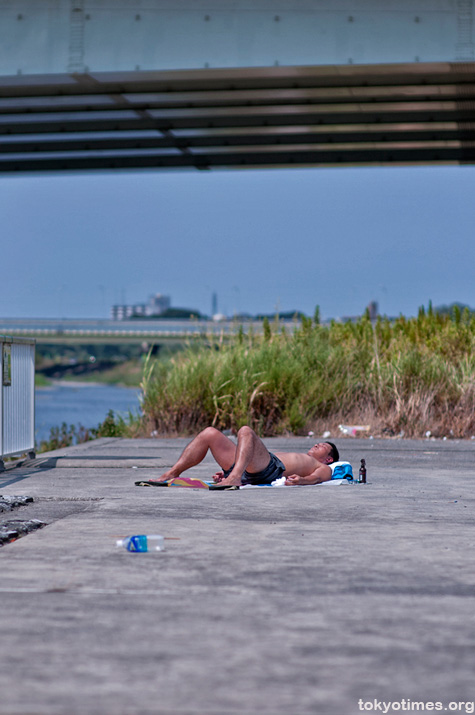