Since the last mention on Tokyo Times of the decidedly relaxed approach to smoking in Japan and the emphasis on manners more than anything else, things have actually changed. A little bit. Many restaurants, coffee shops, and fast-food eateries have actively embraced no-smoking areas, with some of them (well, I’ve seen one) even going smoke-free.

But thankfully this hasn’t stopped Japan Tobacco from continuing its (unintentionally) funny and often-unfathomable smoking manner campaign. And as the nation’s biggest cigarette manufacturer is partly owned by the government, this presumably isn’t about to change anytime soon either.

Yet I shouldn’t let such cynicism get in the way of the smoking related gems below. With the promotion of portable ashtrays being a particularly popular topic of late. 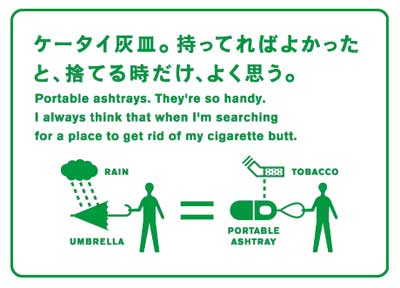 And then there’s this offering, which I’m guessing alludes to the same thing. Or there again, maybe not. 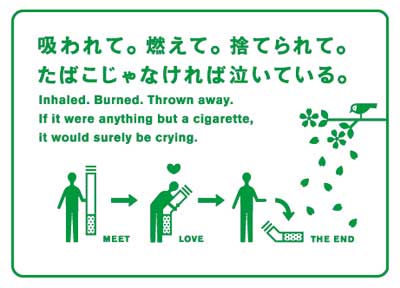 And the last one also seems to be along the same lines. But it is of such a surreal nature that I can’t be completely sure. 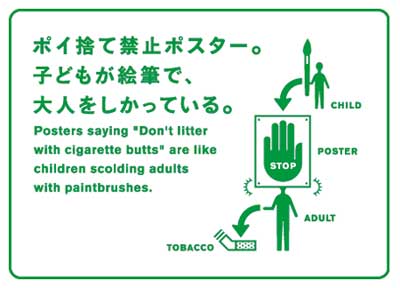 In fact you could argue it’s even Zen-like in its approach. The sound of one hand clapping however pales into insignificance when compared to the sound of children scolding adults with paintbrushes. A mystery that would surely challenge even the greatest of minds.