Whilst Japan’s unusually mild winter has been a godsend to Tokyo’s golfers and gardeners, the relatively warm weather has been something of a worry for organisers of the famed Sapporo Snow Festival, especially as the event’s impressive snow sculptures attract around 2 million visitors a year to the northern city.

Yet whilst the higher than normal temperatures and the resultant shortage of snow have forced artists to work considerably harder than usual, for seasoned veterans it has ultimately not affected the finished product — this fantastic recreation of Hikone Castle amply proving the point. 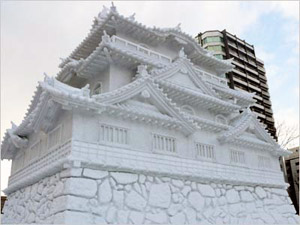 However for those new to the game it has been a different story altogether, with Taro Suzuki’s team in particular having a torrid old time — their somewhat ambitious ‘Statue of Liberty’ effort sadly falling foul of the unfavourable conditions. 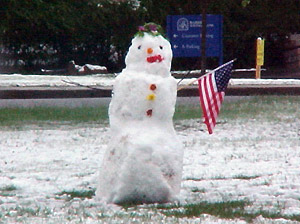