Due to the history between the two nations, and the more recent worries of nuclear weapons, you wont be surprised to know that Kim Jong-Il is a popular topic on Japanese TV. And with North Korea’s illustrious leader celebrating his 62nd birthday just recently, the bouffanted one was treated to something akin to a TV special.

We were shown the usual pictures of mass celebrations, but more intriguing were a few biographical details that the presenter mentioned. Now we all know that Kim Jong-Il is prone to the occasional fib, but nobody is perfect. I think we’ve all been guilty of embellishing our CV now and again, or talking up a past performance.

Yet one so called fact was a little too hard to swallow. According to government sources, Kim Jong-Il’s best round of golf was a mind boggling 34. That’s 38-under-par. And in the same round he managed 5 hole-in-ones! If that wasn’t enough, supposedly it was his first ever game too.

The thing is, if it is actually true, what on earth is he doing troubling himself with all the problems involved in running a poverty stricken country? With a talent like that, he could make an absolute fortune on the PGA Tour. He’d certainly give that young upstart Tiger Woods a run for his money. 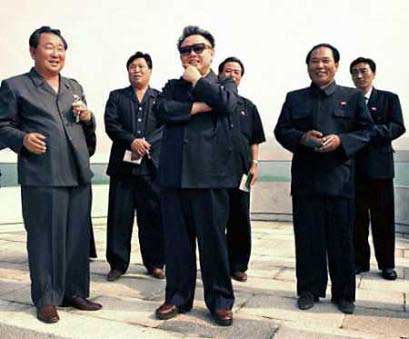