Sumo’s autumn tournament has just recently finished in Tokyo, with Mongolian Yokozuna Asashoryu winning with a hugely impressive and almost effortless record of 14 wins and 1 defeat; silencing his many critics with a dominant, and thankfully almost controversy free, display.

Yet as regular as the wrestlers look in the ring, whether it be live or from the living room, out in the real world and mingling with the masses, they still sort of fit in, 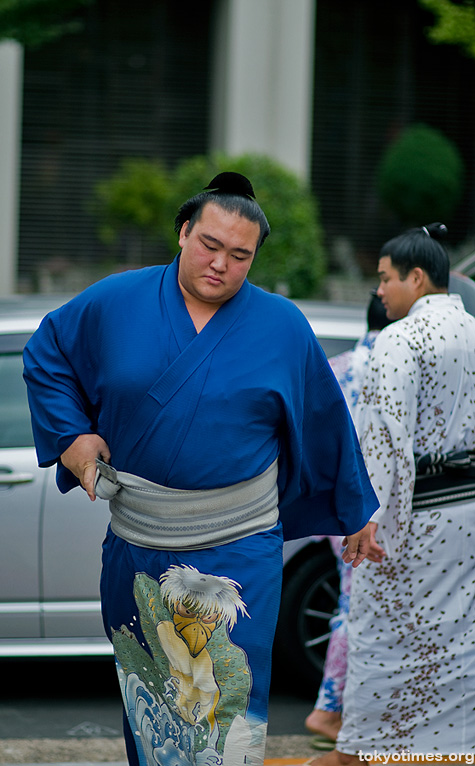 but yet at the same time rather fascinatingly don’t. 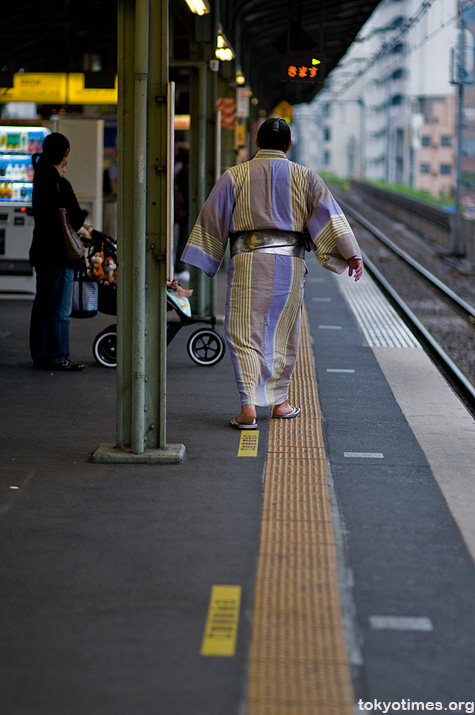 Especially so considering the strict controls over their clobber. 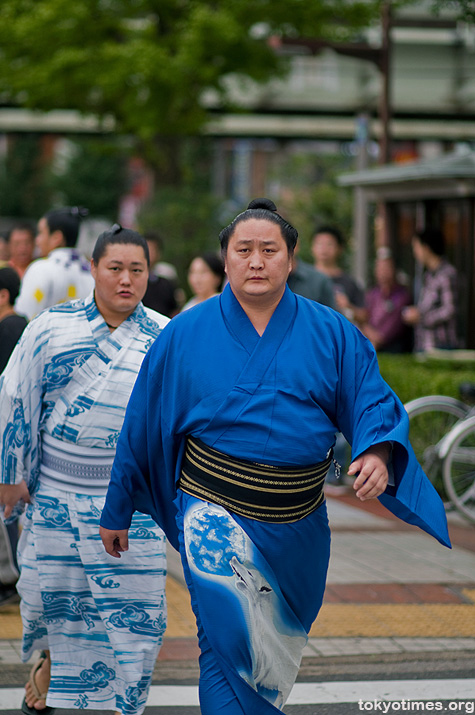 Along with not only their heft, but more often than not, height. 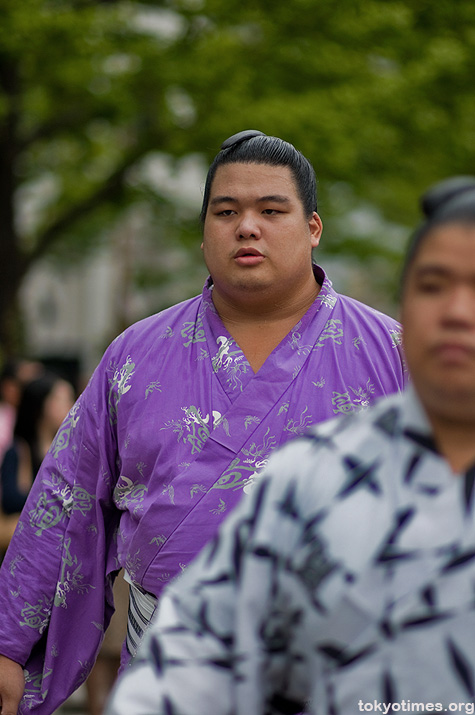 And, for the higher ranked rikishi at least, their hairstyles. 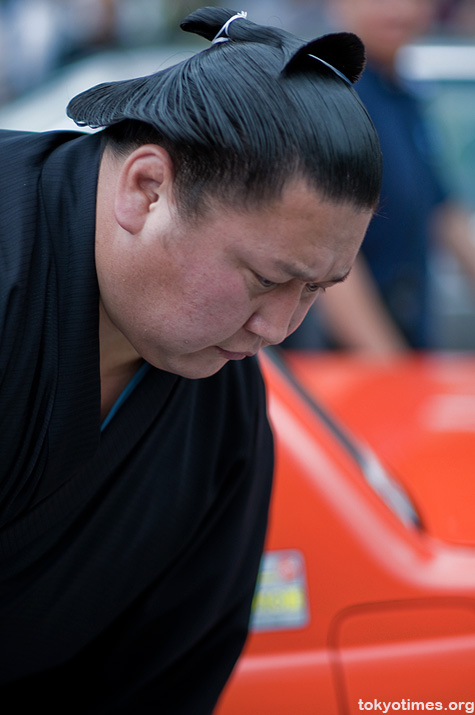 All of which, despite the sport’s worryingly waining popularity among the nation’s youth, still makes them mesmerising to many. 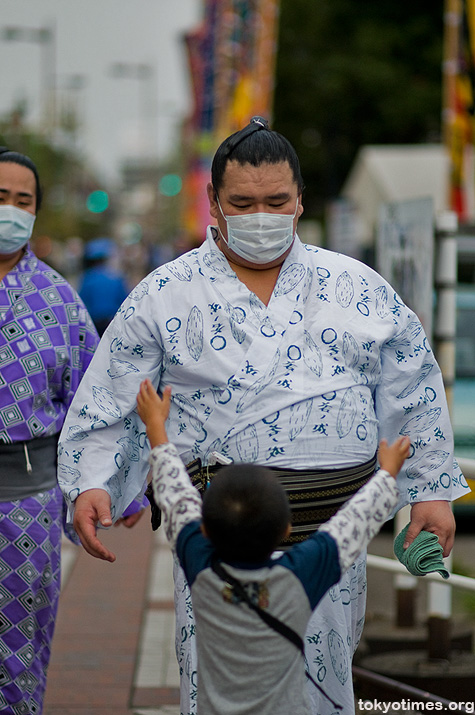 Mask or no mask.