More and more restaurants in Tokyo may well be taking steps to separate smokers and non-smokers, although on the whole, tobacco is still tolerated way more than it is in the West. A fact that without a doubt has nothing at all to do with the government holding half of Japan Tobacco, the world’s third largest cigarette company. It’s merely just a coincidence — it must be.

Still, hugely profitable interests aside, it’s plainly not quite the smokers paradise it was several years ago.

No, not by a long shot, and particularly for those partial to pottering about while puffing on a positively preposterously sized cigarette. 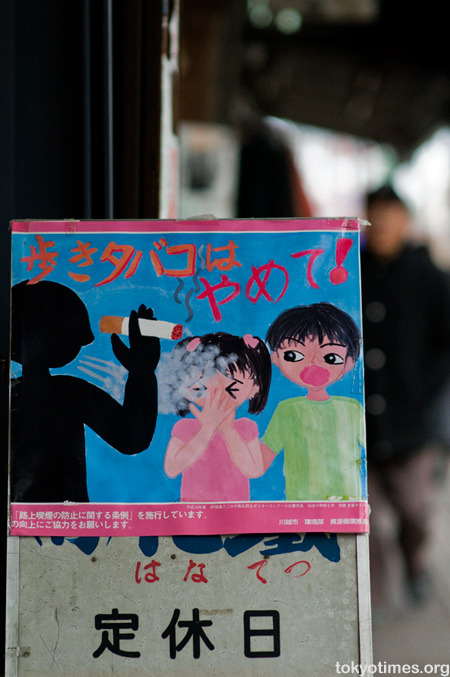 Such comforts now sadly restricted to when one is motionless, 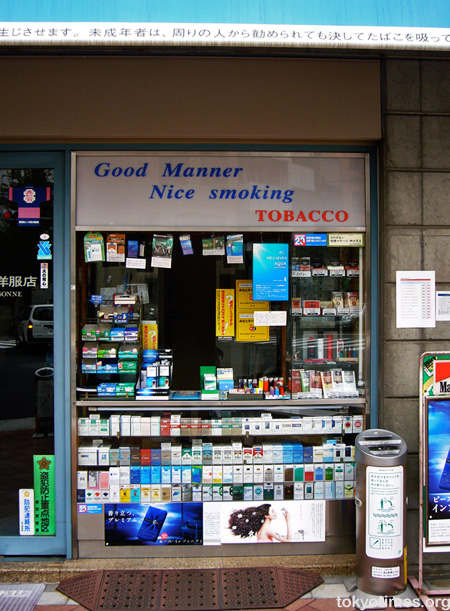 or indeed comfortably consuming a coffee. 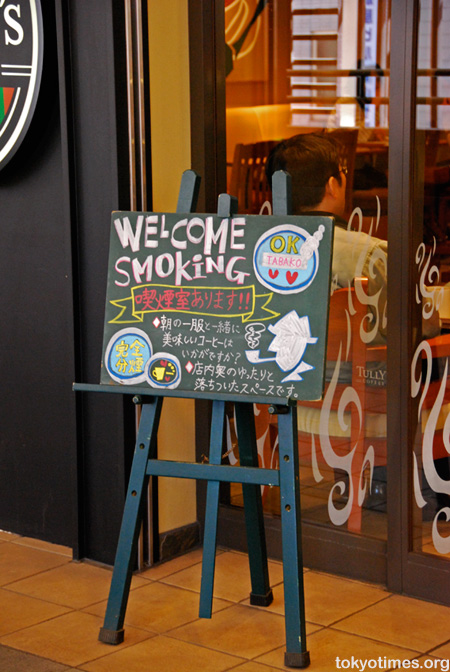